So, the Senran Kagura stream has been and gone, bringing with it a whole flood of exciting news! Among many new announcements, some Shinobi Refle gameplay was revealed, as well as extra info and the game’s opening movie! Feast your eyes on all the Asuka you could want in the videos below:

Unlike other games in the series, which have fairly extensive casts of characters, Shinobi Refle: Senran Kagura has a focus solely on Asuka. She’ll be taking many different forms throughout the game though, as you use your ‘touch’ to try and help her ‘find herself’. By touching different places on Asuka’s palms, you’ll determine which version of her you see. The appearances she can take on include ‘club junior’, ‘younger sister’, ‘home tutor’, and ‘idol’.

The different versions of Asuka will have their own scenes and massaging mini-games, where you use the Switch’s HD Rumble feature for some heart-racing, hands-on, physical interaction. Examples include massaging her thighs after a workout, and whatever this is: 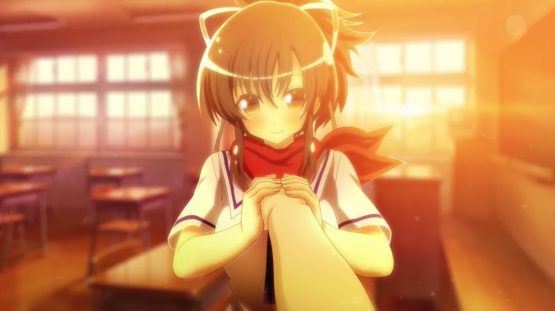 Shinobi Refle: Senran Kagura will release on Switch in Japan for ¥1,000 via the Nintendo eShop. A release date hasn’t been announced yet.