Sega brought out yet another surprise for Sonic fans. Sonic Forces will receive a day one DLC called Episode Shadow. It will be free for all who pre-purchased the game, but also for all day one adopters.

Episode Shadow will be a prequel of sorts, explaining the relationship between Shadow and Infinite, Sonic Forces’ brand new villain. The DLC will consist of three Shadow stages and when you beat them there is the ability to play the regular stages as Shadow the Hedgehog. Watch the video below to see footage of the PC version of the game.

Sonic Forces will come out on November 7th in Europe and America and November 9th in Japan for PlayStation 4, Xbox One, Switch and PC. Alongside the DLC episode, there will be a Shadow costume for Hero Characters that comes with Digital Bonus Edition of the game. 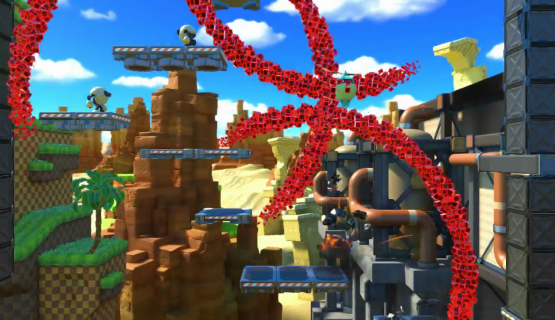