Space Invaders is one of those classic games that over the years got revamped, modified and extended many times over. Despite this, Space Invaders Extreme takes what made the original great and ramps it up with modern additions.

Space Invaders Extreme came out in 2008 on handheld consoles of the time, Nintendo DS, and PlayStation Portable, respectively and it was a breath of fresh air that the franchise needed. In 2009 an HD edition was released on Xbox Live Arcade with an added four-player multiplayer mode and enhanced graphics. And today, almost 10 years after the 30th anniversary when it was originally released, Space Invaders Extreme is now available on Steam.

This is the type of game that is great for when you want to relax for a couple of hours. Not to say that there isn’t some strategy involved. For example, the game rewards you for shooting at invaders of the same row, color or shape with numerous bonuses which immensely boost your initially puny firepower. There are four powerups to collect, each adding a very different component to the game. The powerups include red bombs, a green spreadshot, blue laser and a rather disappointing plain gray shield. 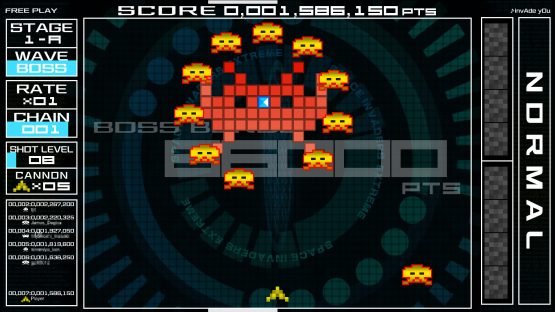 The game consists of an arcade mode with 16 stages, albeit with repeating levels, but on a different difficulty. After each set, there is a fairly involving boss battle, which ramps up the experience a bit making it sort of a puzzle to solve. Each boss possesses regenerating health which can get a bit annoying at times. You can unlock mini bonus stages by hitting the occasional “mysterious” topmost UFO. These are fairly short but provide some more variety and additional challenge.

Space Invaders Extreme is a fast-paced fixed shooter game that is easy to pick up and hard to put down once you start racking up huge point bonuses. The excellent soundtrack and responsive controls greatly enhanced the experience. The visuals make it look like a psychedelic dream from the 70s and 80s arcades but ramped up to the eleven. 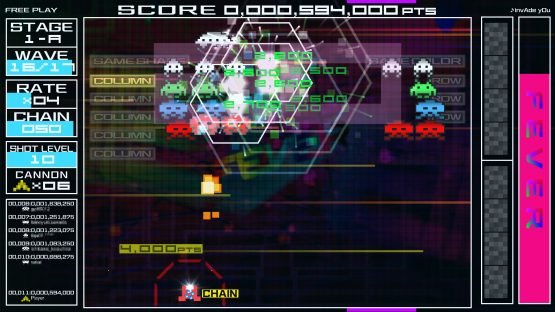 Playing Space Invaders Extreme is great, but unfortunately, something is amiss with this release. There is an apparent lack of additional modes, especially with multiplayer modes which are strangely absent from this release. The Steam edition is a straight-up port of the original DS game with enhanced graphics of the Xbox version but without the multiplayer modes from both the original and the subsequent HD version on the Xbox. The only real multiplayer component to speak of is the online leaderboard with which you can measure your progress with other players around the world. 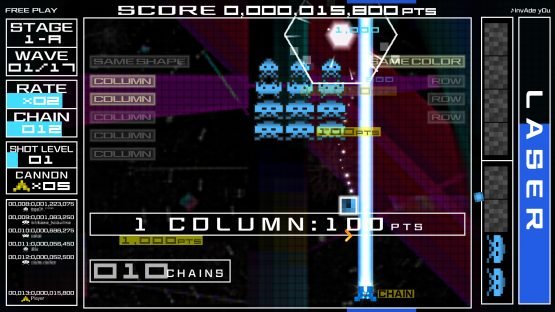 With all this being said, Space Invaders Extreme is as every bit as addictive and fun as it was on the DS when it first came out almost 10 years ago. However, it is a bit of a shame that this is not the definitive version of the game and at a price point that is almost twice that of the XBLA version, Space Invaders Extreme is a hard sell for anyone but the most hardcore fans of the series.