Splatoon 2 seems like a little bit of an odd title when you first pick it up, especially after playing around with Mario Kart 8 Deluxe. Splatoon 2 feels and looks a lot like Splatoon OG. But the differences are there, and very important — lots of tiny dots raising the surface area to reveal fresh, new crevices.

The guy at the booth kept telling us that Splatoon 2 is set 2 years after the first game — an odd detail to emphasise considering the original’s story could be described as “minimal” at best (though very fun and interesting). This could hint at an expanded story this time around. But the pure multiplayer matches are what Splatoon is all about, and that’s what we got hands on with. 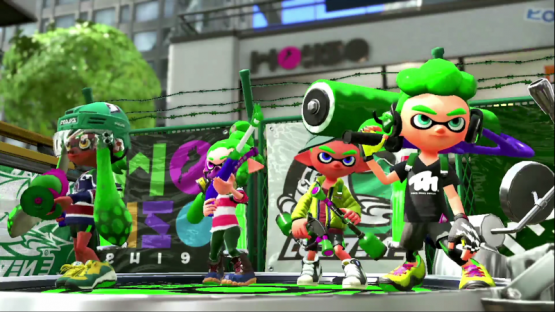 If it ain’t broke, don’t fix it — but by all means add some tasty and fresh new options.

Splatoon 2 felt as Splatoon as ever. If it ain’t broke, don’t fix it — but by all means add some tasty and fresh new options. New maps, new weapons, new sub-weapons and specials. For a game as tightly designed as Splatoon throwing new options into the mix can make all the difference. The major new weapons on show were the Splat Dualies — fast action double splatters with a new evasive roll manoeuvre, perfect for Splatoon‘s love of constant mobility and tricky mix-ups. The special for these were a jet-pack / blaster combo that could wreak some serious carnage. 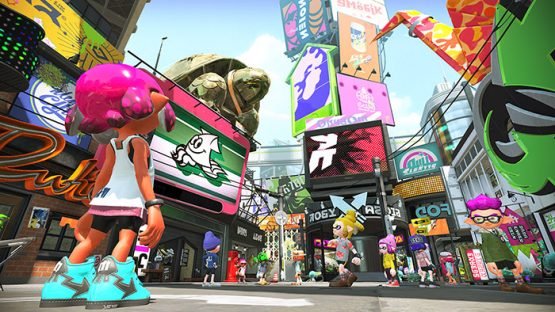 The only real concern we had was the map. Obviously with no second screen, you can’t have the map in the same form as in the Wii U version. Instead you press a button to call it up over your screen (there is no tiny mini-map in the HUD). So far we found it hard to stay focused and keep an eye on the map at the same time, losing some of the fluidity we’re used to with Turf Wars (the team with the most surfaces splatted their colour wins).

Super jumping has a handy solution though — your 3 teammates and home base are simply mapped to the D-pad (or D-buttons). Playing on the Pro Controller felt excellent, with the motion controls reacting perfectly to the little tweaks and adjustments you need in Splatoon. 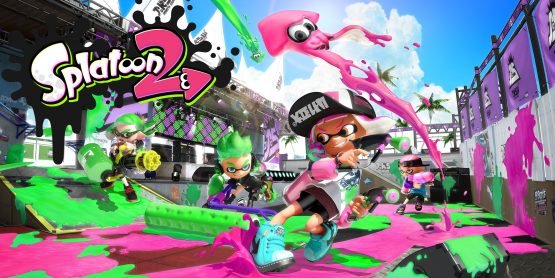 Another thing we noticed was that the team shouts contained “Boo Yah” — which was present in the North American localisation of the original game, but not Europe’s. Both regions had quite different localisations throughout, so this could hint at a more unified localisation across regions.

So it seems that Splatoon 2 will offer more of the same, and that’s hardly a bad thing. Porting that same Splatoon over to a console that’s actually more different to the Wii U than you might think seems like it could be a tough job, but one that is mostly intact and refined. We look forward to getting many more matches under our belt to truly test how everything feels in the long terms, such as maps and the overall flow of the matches. If the original Splatoon is anything to go by, Splatoon 2 could be one of the most exciting games on the Switch, and it could bring Splatoon to more people than ever.