The sequel to the mega popular visual novel Steins;Gate first released in 2015 in Japan, and 2016 in the west. But fans of the (very good) anime adaptation of the original game won’t have to wait much longer, as the anime version of Steins;Gate 0 begins airing next season — 11th April to be exact! 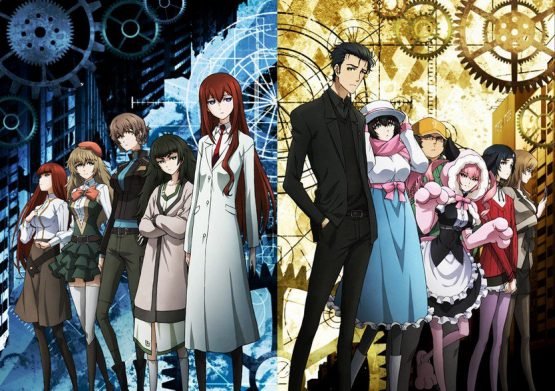 Announced via the official anime Twitter, it also revealed a new piece of key art from the anime. The visual sports the character designs for the main cast — from brand new characters, to redesigns of returning favourites.

As with the game, Okabe sports full black here to represent the darker place he’s in. For those not in the know, this sequel of sorts take place after one of the first game’s bad endings.

The anime is being produced by White Fox, who also handled the anime version of the first game. If you liked that one, then you’ll probably want to hop into this.

The Steins;Gate 0 anime will begin airing in Japan on 11th April 2018.