Never expected to be typing ‘Smash Bros School Shooting’ this afternoon. Turns out the innocent use of the Super Smash Bros Ultimate symbol on a school whiteboard has resulted in a school being inundated with rumours that a school shooting was planned on the day of the game’s release. Thankfully it was all a misunderstanding.

Twitter user Fungus Amongus received a letter form the school detailing what had happened. You can read it below. 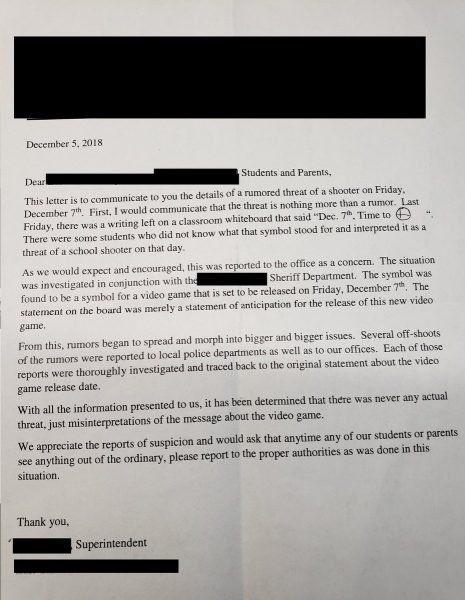 Not entirely certain how ‘Time to Smash’ could be misconstrued in this way. I guess it was mistaken for a crosshair or something.

Thankfully it’s all been cleared up now, so you can go back to Smash Ultimate.

In the meantime why not check out our guide for how to unlock characters quickly!