I’ve been enjoying Bandai Namco’s recent Switch ports a great deal. From SAO Hollow Realisation to God Eater 3 – these are games that, while originating on more powerful consoles, for me at least seem more convenient to play on Switch. I’ve been looking forward to this Sword Art Online Fatal Bullet Switch Review for this very reason.

Having put in a lot of time into the Xbox version, I was keen to pick up this ‘Complete Edition’ (having not invested in the DLC on Xbox) and with the Switch’s portability, actually have the time to be able to grind my way back to where I left off. 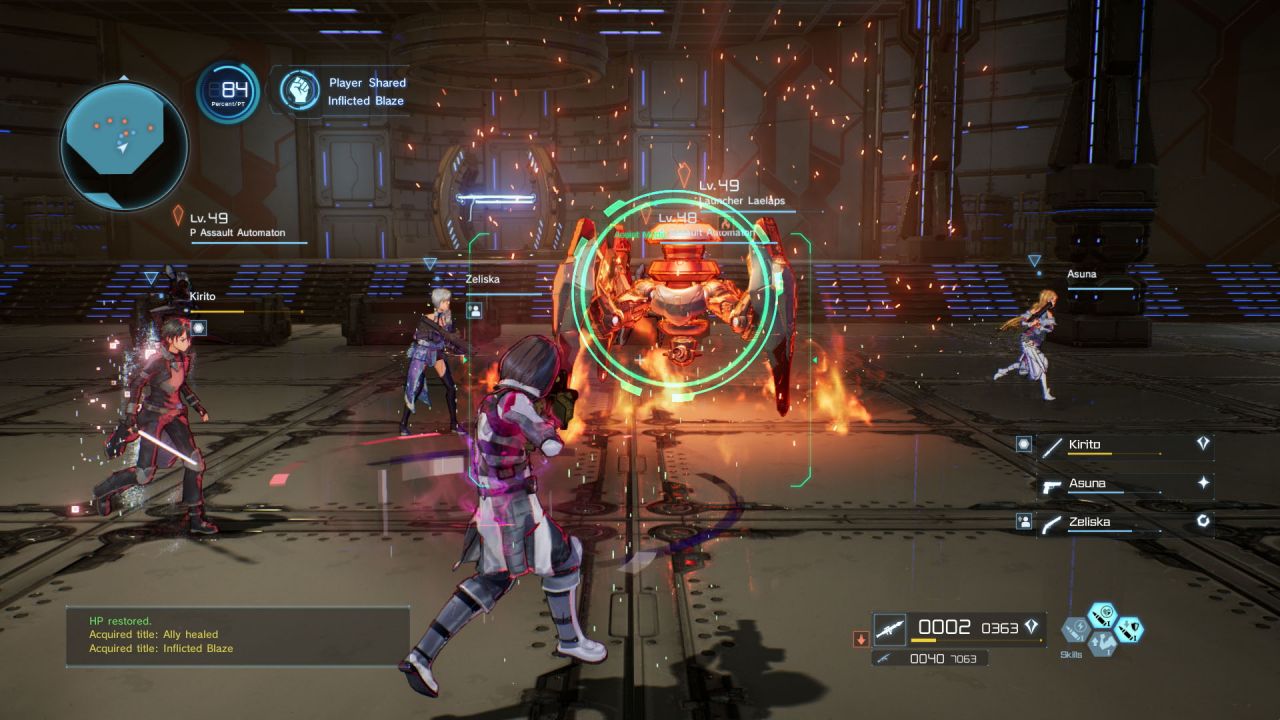 This is an Action RPG with a much heavier focus on gunplay – so plays and feels much differently from previous SAO gaming entries. 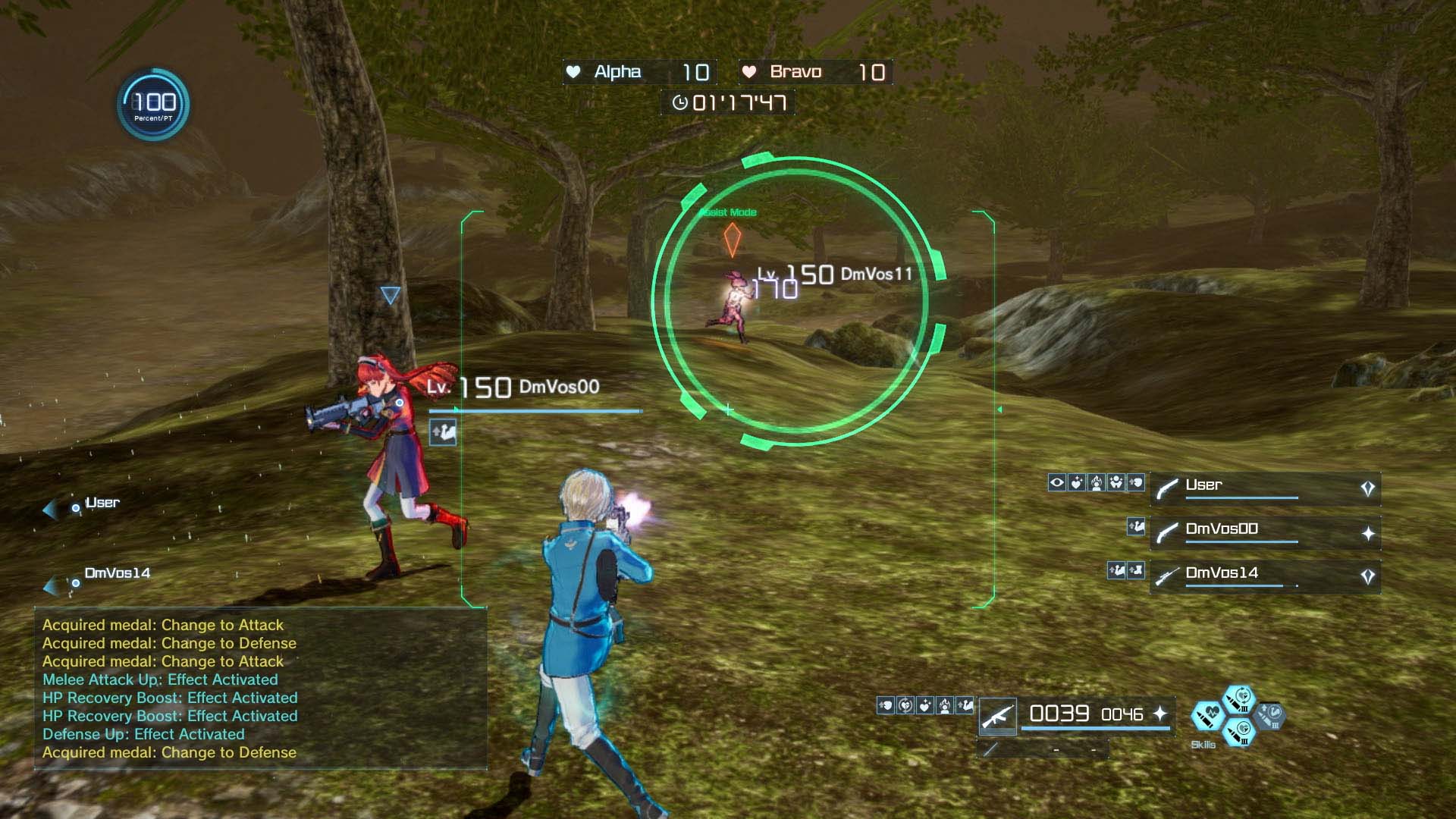 That said, many of the tropes of the other games are present and correct. This is very much about simulating the feel of playing an MMO, even though you’ll largely be playing solo. As such, it all about the grind. Running levels for loot. Picking up relatively simplistic side quests (kill x amount! Find y thing!) before heading  back to a central hub to tinker with your stats and equipment before diving back in.

However, Fatal Bullet does go some way to addressing many of the niggles that you find in the likes of Hollow Realisation – first and foremost, the mechanics of the game are introduced far, far better. Sure, it doesn’t have quite the same level of convoluted meta-game stuff as previous games, but even so, mechanics, explanations of loot, crafting and mode types doesn’t feel as intimidating an information bombardment as in previous games – and will be no where near as off-putting for SAO virgins who like the look of the action, but have no particular affection for the lore. 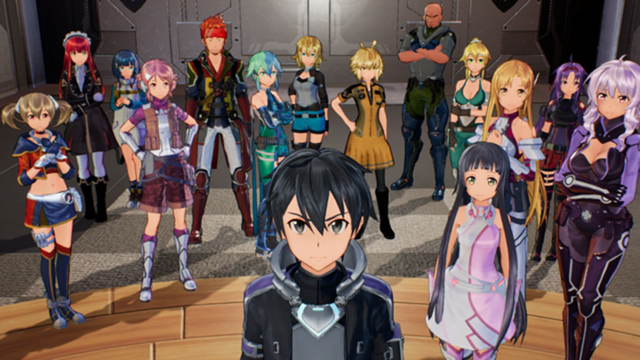 Ah yes, the lore. Now personally, I LOVE it. I’ve consumed pretty much every tiny piece of SAO media there is going. I like it. People love to hate it but me? I’m 100% down with the universe and characters. That said, I also appreciate there’s a lot to take in story-wise. In Hollow Realisation for example, there is a tidal wave of characters, exposition and dialogue skits as the game tries to satisfy SAO nerds like me, while trying to simultaneously have everything make sense to those new to the universe.

It’s still here in Fatal Bullet to an extent – but it’s no where near as in your face. There are a lot of characters here. Pretty much everyone who’s been in SAO to date, including Alicization’s, Eugeo and Alice – but it’s much easier to take these characters at face value in Fatal Bullet, without the nagging feeling that you’re missing out on something by not knowing who they are. 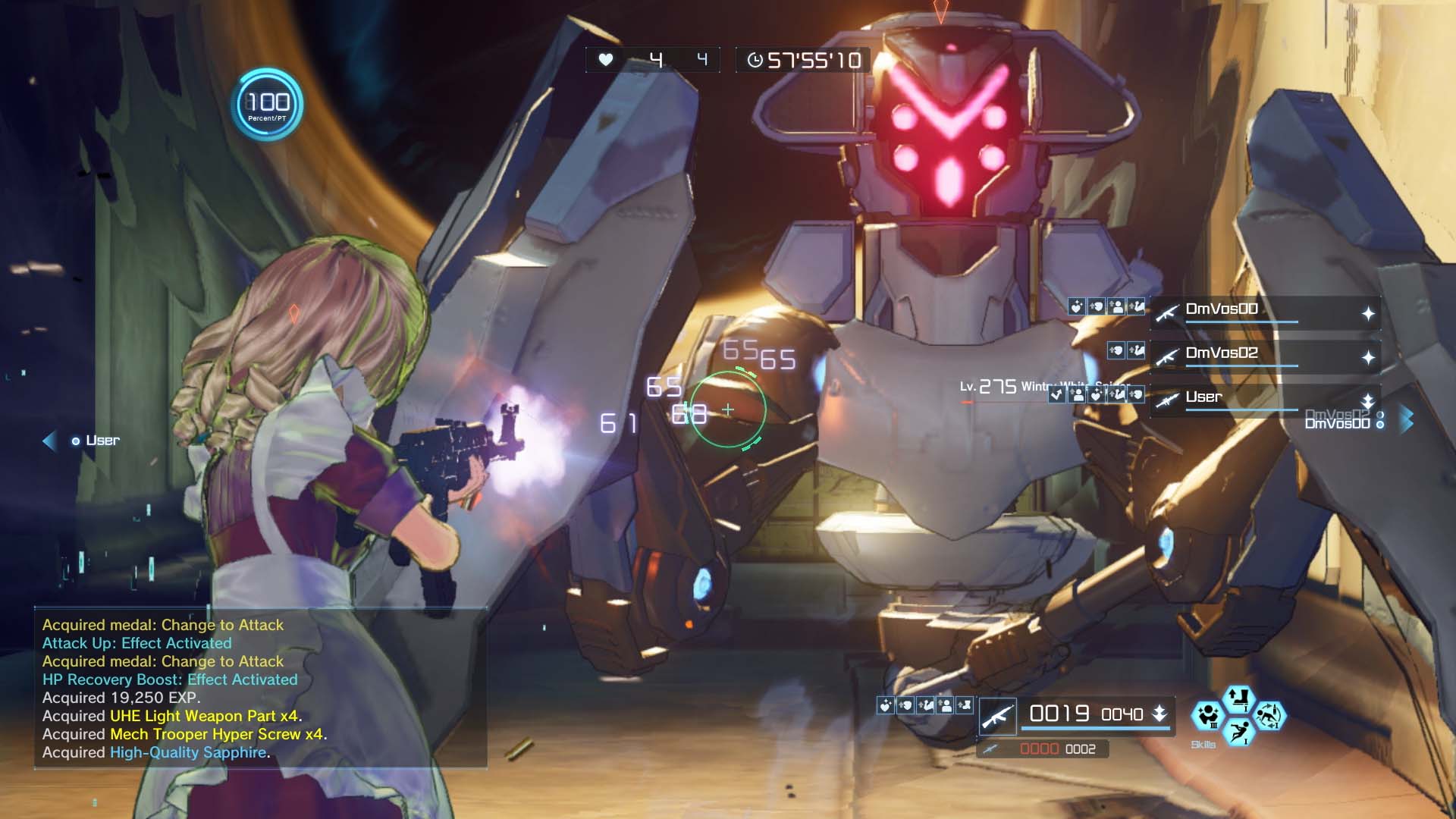 The upshot of all this is that you can more confidently enjoy Fatal Bullet for what it is – and that’s a genuinely superb gun-based sci-fi ARPG. When I originally played Fatal Bulet on Xbox is was a little concerned about the how Bandai Namco would handle what is, in effect a third-person shooter – but it feels good. A little loose perhaps, but quick and responsive. Accessing gadgets (like grenades) is perhaps overly fussy – but it’s nothing a few hours practice won’t remedy. Overall, it feels mechanically nice to play – which is a bonus given that, should it hook you, you could easily pour 100+ hours into this.

One thing I particularly like is the accessibility of the gunplay. On the one hand you can run and gun with outrageously generous auto aim. A massive targeting circle that auto-locks sensibly to enemies close by, allowing you mindlessly spray the enemy with bullets  – something that’s a God-send in Fatal Bullet’s more hectic moments. 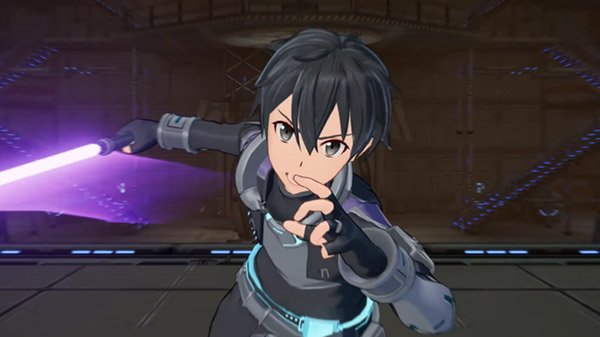 Hitting left trigger brings up the usual manual aim – and it’s this view you need for more precision and, crucially, the more damaging critical hits you achieve from picking off an enemy’s weak point. The duality of this system gives a refreshingly pleasant mix of more lazily casual run and gun action with moment of more skill based precision – letting you optimise damage should you desire, or just relax a little more when you’re just in for an evenings grinding or farming.

One area you can’t accuse Fatal Bullet of being casual is in it’s customisation and crafting system. There’s a lot to get your head around here – particularly when it comes to crafting and switching your favourite weapons specific stat boosts and attributes. SAO: Fatal Bullet is very flexible. There are no classes as such, you can upgrade your characters and tweak and bend a weapons proficiencies as much as your heart desires. Likewise, you can also tinker with your party as well as your partner AI to fully optimise and customise your team. For those with a desire to tailor your experience and build just-so – Fatal Bullet, for the more dedicated, is as much a delight as it is a phenomenal time sink. 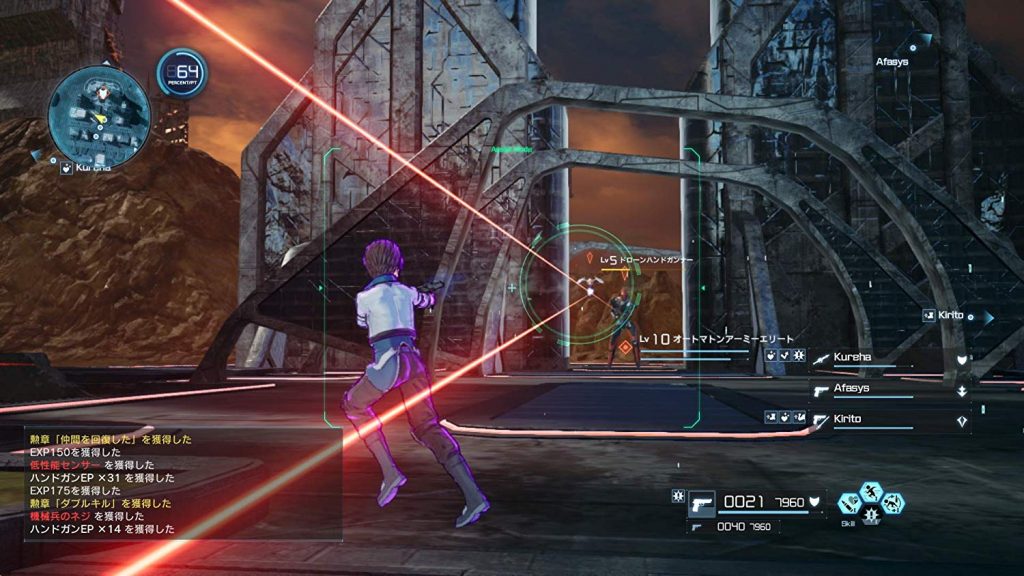 Add to the mix an brilliant selection of events, PvP and PvE modes to explore – and you have a single ARPG package with an astonishing amount to get your teeth into. The only downside is that the online player base, right now, is pretty slim to say the least – and honestly, is unlikely to improve. But if you have a few friends who you can regularly team with, there is a lot of fun to be had here.

As ever with the SAO games, I find that so many dismiss them out of hand – are perhaps overly critical of the less than perfect mechanics, or find the universe somewhat confusing. To do so, however is to ignore a series that, to my mind has consistently delivered colourful ARPG’s brimming with content and genuinely satisfying depth. If you have the patience, then to date, Fatal Bullet on Switch is as fine an entry point as you’ll find.