PQube have announced that they are working with developer CooCooSqueaky to release Tears of Avia this summer. The game will release on PC and Xbox One, and allows you to build a party of allies, explore the world of Estera, and fight using a ‘vast skill-tree system’.

The art of Tears of Avia really stands out, with hand-illustrated locations and great looking characters. The game boasts multiple locations from woods to towns to tombs. When it comes to combat, it looks like the game plays similarly to Fire Emblem in some respects but with more skills that you would see in something like a top-down RPG like Divinity: Original Sin. 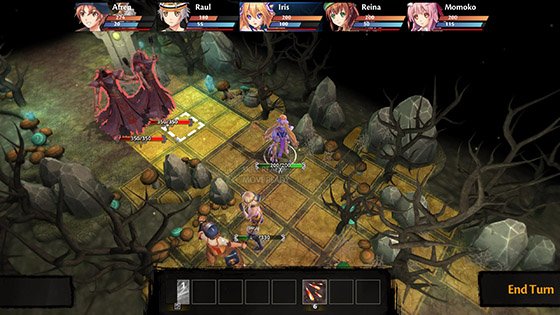 It seems like there’ll be a lot of depth to the combat too, with apparently ‘many’ combos over 100 skills which all react to one another. As expected in an RPG like this, your actions will influence the story too.

We’ll keep you updated when we hear more about the release date and any further information on this one!

You can wishlist it on Steam here.

Is Tears of Avia going to be on your wishlist?