Video game music historian, Nick Dwyer, has teamed up with DJ Teki Latex to put together ‘Teki And Nick’s Mixtape Quest Adventure’ that pays tribute to classic Japanese video games. The idea is that it’s the first “mixtape as a side-scrolling adventure” and it comes with some amazing artwork.

There are loads of famous tracks within the mix, including Chrono Trigger, Final Fantasy, Pokemon and Streets of Rage – and they’ve been mixed with the sounds of artists like Outkast and Dizzee Rascal to create a really unique sound that might appeal to you! There are plenty of exclusive remixes on the mixtape too, so if you’re already in on this scene, there should be something new for you too.

Listen to the Teki And Nick’s Mixtape Quest Adventure here:

The artwork that comes along with the mixtape is almost as good as the sound itself, it pays tribute to a bunch of 80’s / early 90’s Japanese box art. 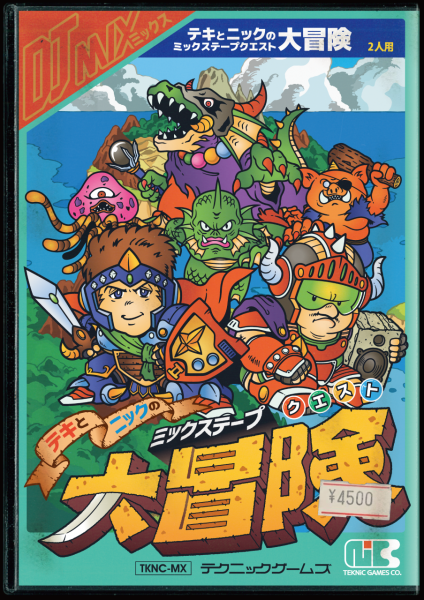 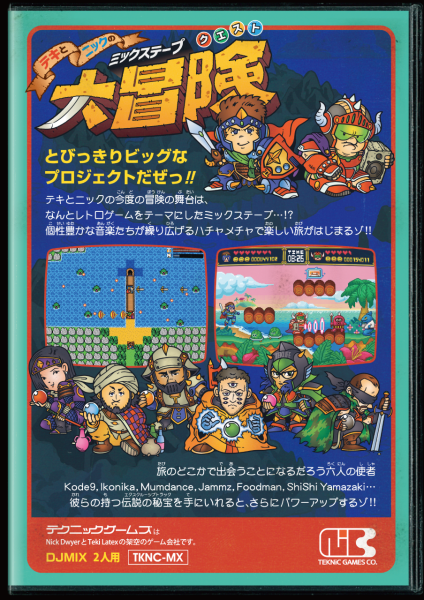 You can find out more and download Teki And Nick’s Mixtape Quest Adventure right here: http://teknic.mx/

Do you want more of this kind of thing?