The Best Japanese Games of the Steam Sale 2019

It’s like they planned it. Two days before pay day and BAM! the Summer Steam Sale hits, primed and ready to make July a financially miserable month for me. In honour of this epic, wallet-draining event, I thought I’d pick the Best Japanese Games of the Steam Sale 2019.

So I was thinking the best way to go about his Best Japanese Games-picking feature is to go by company – below you’ll find my favourite publishers, and the best of the wares they have to offer. A guide to some of the best deals and games as recommended by.. er… well, by me. If you have any other recommended picks for the best Japanese games the sale has to offer – feel free to let everyone know in the comments section below.

The Big Daddy of Japanese Games. I pretty much devour everything they make – particularly their more polished, high end anime licenses. My picks this sale? Definitely the top spot for me has to be Soul Calibur 6, with 67% off at just £16.49. VI is an excellent return to form for me – the character customsation is almost a game in itself and you can make some hilarious fighters out of it. Stunning to look at and great to play in Single Player if you’re less inclined to take the smack internationally. 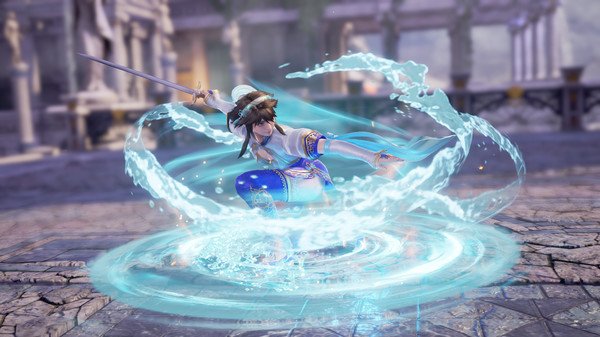 Next up comes a personal favourite of mine. Long time fan of the Sword Art Online series, I’ve always enjoyed the offshoot games. Both Fatal Bullet and Hollow Realisation have 75% and 70% off respectively.

Now who could possibly resist this one. 75% off at just £9.99 comes .Hack G.U. Last Recode. This one includes all three original .Hacks. Rebirth, Reminisce, and Redemption remastered, as well as the newer, 4th Volume: .hack//G.U. Reconnection. 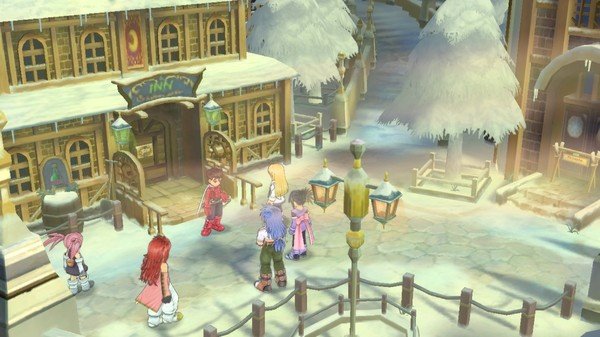 Honourable mentions go to the excellent Gamecube JRPG Tales of Symphonia – an absolute steal at, wait for it – £3.49! A genuine stone cold classic. Lastly, if you a fan of the Monster Hunter series but haven’t yet been brave enough to sample Bandai Namco’s more desolate Sci-Fi offering, God Eater, then now’s a good time to try it out. God Eater 2 with 75% off is juts £9.99 right now. Get to it.

They have, arguably, the finest stable of excellently localised JRPGs. Their work with Falcom over the years has been amazing – and they have an awesome collection of Grade A JRPGs and beyond. 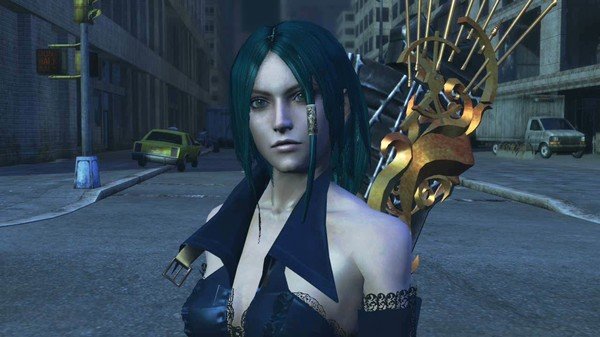 YEAH BABY! Bullet Witch! Holy shit, is this one stupid-as-hell slice of thoroughly mediocre third person action – but yet, at the same time it is also AMAZING. If it’s a lazy Sunday and I have a thumping hangover, I just want a nailed on 6/10 game to see me though the darkness. And sure, this is as solid a 5/10 as you’re likely to find, but it’s also just £3.89 and it sure to put a smile on your face.

Next, Ys. Yes, I know, this is a kind of obvious one, but honestly Ys Seven is my favourite in the series and, believe it or not, there are still people who stare blankly at you when you so much as mention this series. If you’ve no idea what an Ys is, how you open it, and which part of your body you should spread it over, then pick this one up. It’s VERY GOOD. Ys Seven 40% off at the very reasonable £11.99 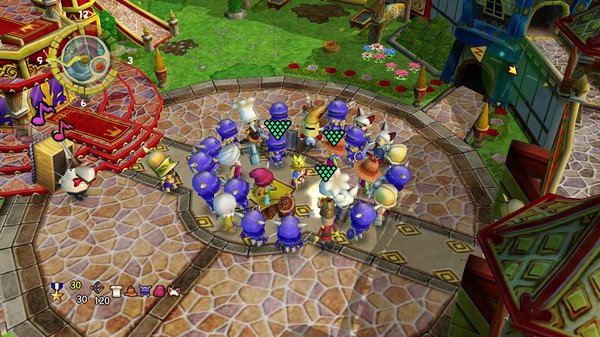 Last but not least, the honourable mentions go to two more games that hardly register on the Ooooh-I-Should-Play-This? scale. First up Little Kings Story at 70% off. Originally released on Wii – this is a bizarre blend of RTS and Life Sim, in a whimsical and at once oddly cynical fairytale setting. The Steam port is… not the best. But hey, it’s £3.89 and is worth adding to your game-o-bank of knowledge.

Lastly, the little played Zwei: The Ilvard Insurrection at 50% off and £7.49. Think of it as a chibi-fied Ys – with all the charm that concept exudes. Coming from the Ys and Trails devs, this is colourful and, well, just goddamned nice adventuring at its best.

Purveyors of lewd, with a keen eye for quality Visual Novels and leftfield curios, these guys have built a reputation for excellent releases over the years, not just from Japan but from all over Asia. Pretty much all their releases outside their most recent are in the sale. 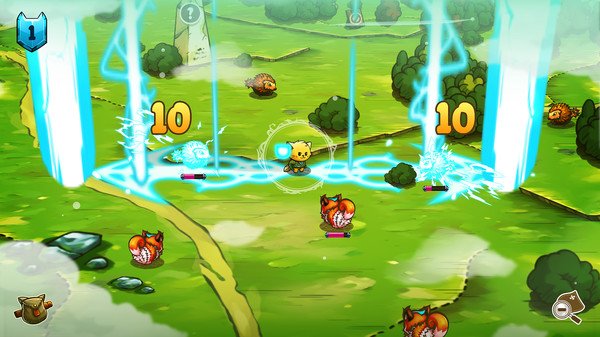 Cat Quest a steal at just £4.99. Cat Quest is arguably one of PQube’s best releases – it’s essentially Diablo, in the sunshine, with Cats. It’s a simple ARPG at heart – but it feels SO GOOD to play. Kill, loot, quest and level up – it’s a joy form start to finish. As a side note – Cat Quest 2 is coming this year. It has a dog in it – and couch co-op. This is legit going to be the best thing ever so why not add to your wishlist here.

Next for all you Uchikoshi fans, Punchline now has 40% off. The premise of a ghost kid who destroys the world if he sees panties is pretty out there – but the ludicrousness of it hides a truly excellent Visual Novel with outstanding production values and superb writing. An excellent companion to the anime and worthy of your time even if you’ve never seen it. 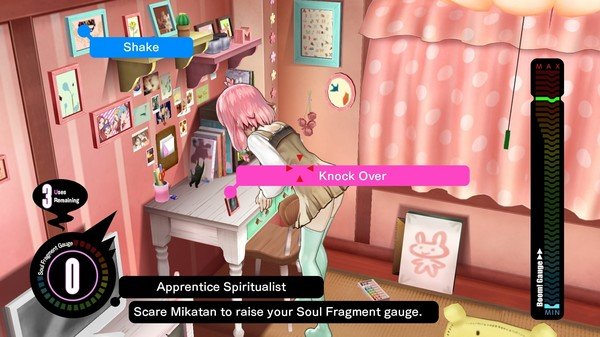 Aggelos at £6.83 and 50% off is probably my favourite Wonderboy homage. People always go on about Monster Boy and Dragon’s Trap – but to my mind this fusion of Zelda 2 and Monster World tops them both. It’s an excellent platforming adventure that evokes the 8 and 16bit eras better than most games in a similar style I’ve played this year.

Lastly Gal*Gun Double Peace is just £5.99 – it’s a rail shooter set in a school, when you shoot girls who are hell-bent on loving you just a little too much. This is probably the best in the series for me.

Hands down one of the best companies for excellent pixelart 2D adventures. You can’t go wrong with anything that these guys produce – definitely one of the finest Japanese artisan devs working today. 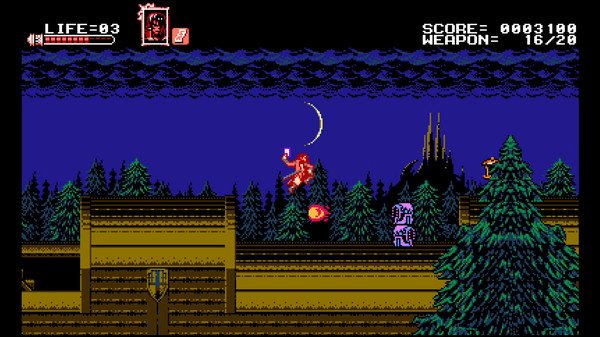 Now just £5.39 Bloodstained: Cure of the Moon is the perfect example of how to make a homage to a retro classic. While it nails the Castlevania aesthetic better than anything else before it – it at once modernises and refreshes the experience so that it pleases series fans and also feels great to play. It’s not the longest game, but who cares when it delivers what it sets out to achieve with a level of passion and care that few can hope to match. 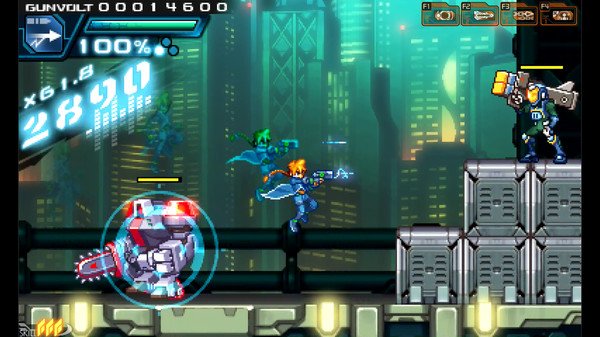 75% off at just £2.49 Azure Striker Gunvolt is an absolute bargain. The own IP from the team who brought you the Megaman Zero series, this is 2D action platforming at its finest – expertly crafted and oozing charisma. To my mind this is probably the best modern-day extension of the hardcore platforming genre that you’re likely to find – showing off Inti Creates talents perfectly.

The kings of moe – the Princes of Pink, the Lords of Light Fanserv- you get the picture. These are my go-to guys for brainless, guilty pleasure, JRPG gaming. While much of their RPG output is, frankly, pretty unsophisticated and mediocre – there’s something very comforting about them. While it’s rare that I go all in on their games Day Once – I do like to ransack their catalogue during sale season. 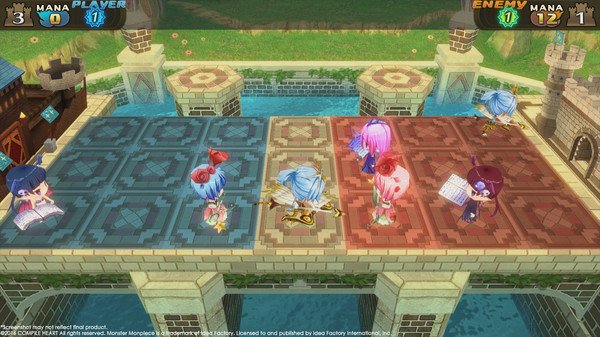 In terms of this sales picks – you could do a lot worse than Monster Monpiece. currently enjoying 80% off at a paltry £2.99. You’re probably already aware of this one by reputation – notably the card upgrading mechanic that had you vigorously rubbing your characters in various states of undress to power them up. Fact is though, Monster Monpiece is, in all honestly, a very good game. The card collecting and upgrading is extremely compelling, the artwork gorgeous, and the battles suitably strategic and, crucially, great fun. Monster Monpiece is actually much better than people give it credit for.

Next up I’m going for Hakuoki. As Otome goes, this series is right up there with the best the genre has to offer so are an excellent entry point if you’ve never taken the plunge before. Both Hakuoki Kyoto Winds and Edo Blossoms have 80% off in the sale. At £4.75 each, that’s excellent value for two superb romantic visual novels. 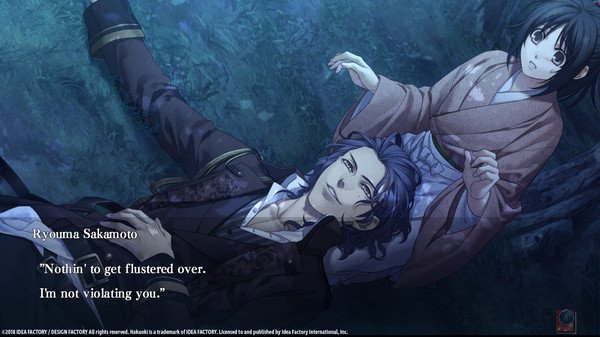 Lastly, I thought I’d highlight an RPG that’s somewhat darker than in tone than you’d expect from Compile Heart. Dark Rose Valkyrie also has 80% off in this sale and is a very solid JRPG with an interesting battle system. While initially convoluted, once you get under its skin, and also get a decent way though the game – there’s the potential for super-satisfying combos and set ups, making for very compelling battles.

Looks like someone forgot to mention to Koei Tecmo that there’s a sale on. Have to say, their Sale offiering this year is absolutely dreadful. They have such a great catalogue of games, but hardly any of them are discounted and those that are are essentially just 30% off. Such a disappointment. 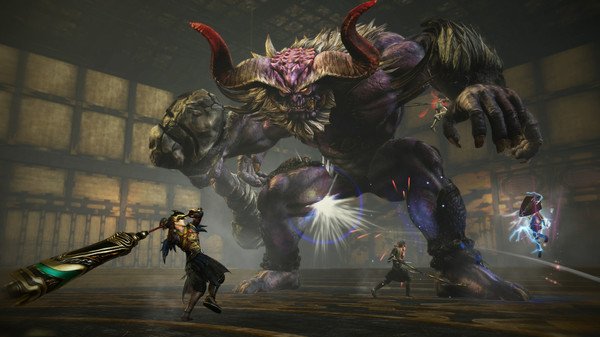 If you you enjoy Monster Hunter-style action, but prefer that action a little faster paced – both in terms of the mechanics and character progression, the we’d urge you to give Toukiden a go. It’s a less unwieldy beast than Monster Hunter or God Eater and therefore a better pick for the more impatient gamer.

The art direction in this series is consistently excellent too – with rich universe where feudal Japanese style colides with more brooding, demonic tones. A great game that’s all to often overlooked.

Click here for the full publisher offering, such as it is.

So there you have it, my best Japanese Games picks from this years Steam Summer sale. Treat yourselves – and let us know in the comments section what you’ve been buying!