As was reported in most places in recent times, Japanese players have had a lot of fun with the ability to freeze frame the action in a certain (normally innocent, we swear) Nintendo game. This has resulted in some incredible lewd Smash Bros pictures, which we have brought together for … erm … research purposes.

First up with have Mega Man being a little more inquisitive than I would expect, clearly more than Samus did. Also, check out the aggression on his face too; this was pre-meditated, the cheeky little metal gremlin. 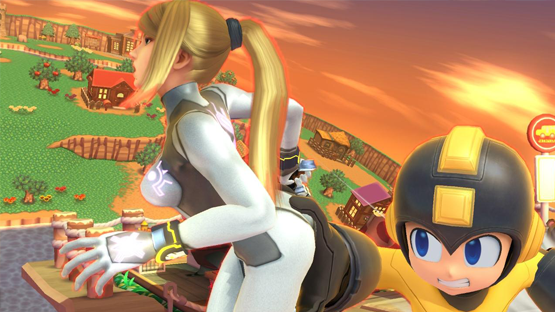 Next our number one shipping material, with a loving embrace between the most sultry bit- I mean witch, Bayonetta, and Zero Suit Samus in her skin tight bikini like outfit. In fact, both of them are in close-to-spray-on clothing … they’re practically skin-to-skin … Ahem, moving on. 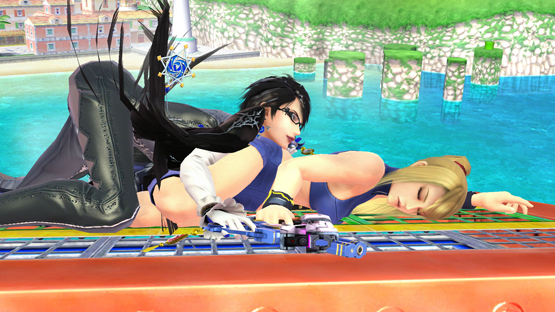 Speaking of that bikini of Samus’, it looks like she has multiple admirers, including an incredibly expressive Diddy Kong. That being said, who can really blame him when it comes to our favourite blonde bounty hunter? 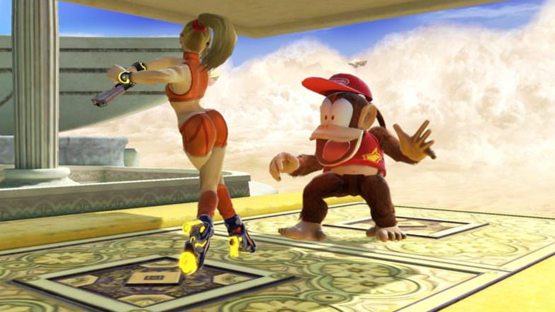 In fact, the little pest can’t help himself, pouncing on her whenever he gets the chance, with his eyes clearly on the prize. That leer though … 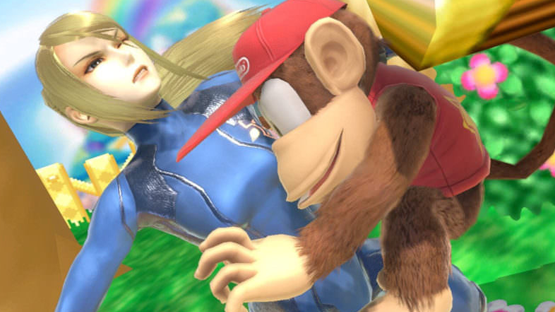 Bit of a break from Samus though, as Luigi might be the lesser brother in Mario canon but hell, if he can get Wii Fit Trainer, he can’t be doing that badly for himself! It might be because he has dressed up as the sexually superior Waluigi though, we don’t know. 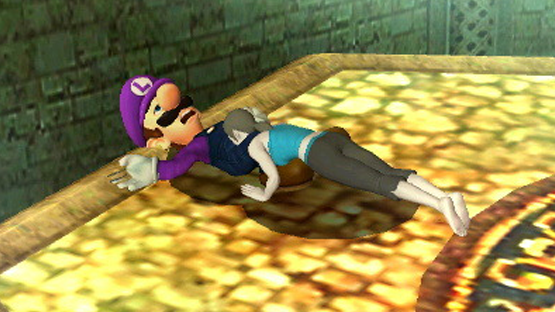 Samus isn’t into monogamy with her also getting it on with the ace pilot Wolf … at sunset, for reasons. Maybe she likes it “ruff” with a fair amount of “howling”. We’re sorry … We will promptly see ourselves out. 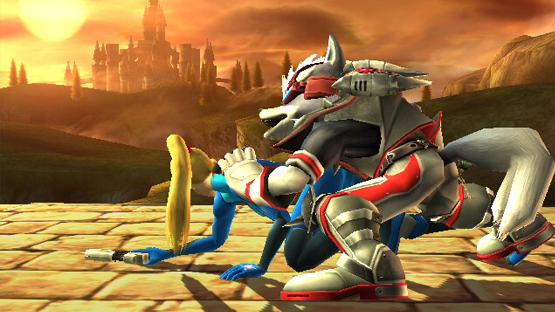 Diddy Kong isn’t too worried though, now leaping into the ample bosom of Daisy and, what’s more, she seems to enjoy it a little more than Samus did. Only a little though, let’s not go overboard. He’s still very obviously a chimp. 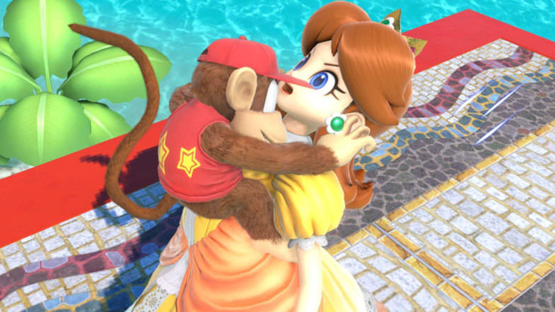 It’s not just Daisy getting in on the action, with Peach brazenly flirting with Mario. He doesn’t seem to be enjoying it though, so we dread to think what he can see, but I think we can safely assume that she’s not wearing underwear here. 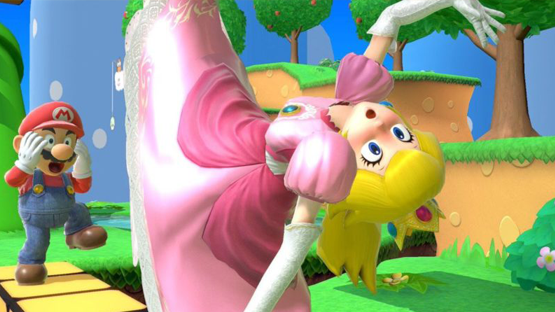 Not much to say about this one apart from Shulk is a handsome anime boy, the swim shorts are the best outfit, and anyone that plays the character and doesn’t select that outfit is playing the game wrong. Duck Hunt Duo doesn’t know what he’s missing. 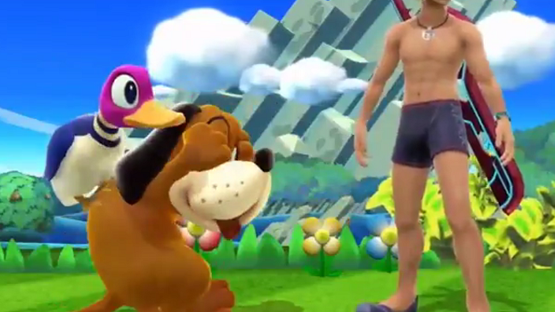 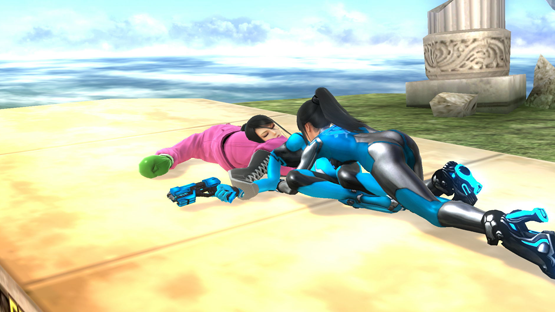 Phew, we’re feeling a little lightheaded. Also, I think we can make a call here for Smash Bros. being the sexiest game that exists. At least we could say that Sony would likely have never published it on the Playstation 4 (we’re joking, kind of, maybe).

Have you found or taken any lewd images in Smash Bros.? Who is your personal favourite character? Let us know in the comments, or in Facebook and Twitter, and check back for more lewd articles and coverage of Japanese games!

Super Smash Bros. Ultimate is out now for Nintendo Switch. Want to pick up the game? Why not grab it through us?