The Legend of Zelda: Breath of the Wild Preview (Switch)

It’s all well and good to shake the table and say you’re going to essentially reinvent Zelda, but that doesn’t really mean much unless you can reinvent it and still make it feel like Zelda. Thankfully, after getting hands-on with the Switch version of Breath of the Wild, we can confirm it still gives you the Zelda feels.

At the same time it almost couldn’t be more different from other Zelda games. As Link Between Worlds perfected the idea of a “traditional” feeling and structured Zelda game, Breath of the Wild throws that approach out of the window. This is Zelda sanded down to a ridiculous degree, before imagining what could decorate its smoothed down surface — from brand new innovations, to interesting twists and homages. 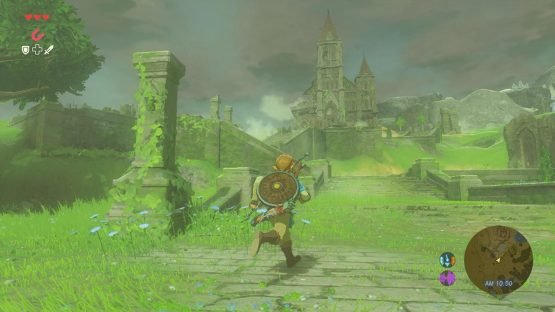 he secrets to Breath of the Wild‘s secret sauce are the game’s tiny systems and sense of exploration; and how the two intermingle.

The Switch demo was the same area as the Wii U‘s which has already been extensively documented. Everyone in the team had different stories to tell of their journey through it — stopping off to pray at an altar in a ruined Temple of Time; stealing an apple from the Old Man; cooking that apple in his own fire; finding a hidden Korok; shooting and eating a fish with a bow; stealth killing an enemy; scrabbling for weapons in the dust after they break. It’s an open world game with a capacity to surprise, and that’s a rare and valuable thing when “open worlds” can often feel bloated and samey no matter how new each map may be architecturally. 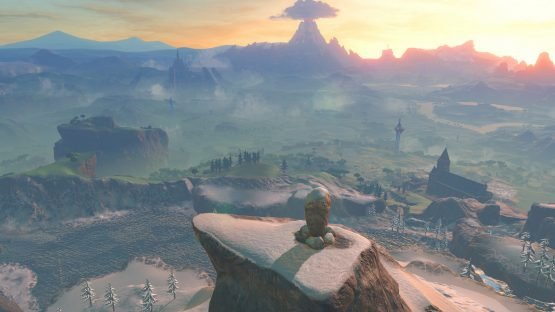 The secrets to Breath of the Wild‘s secret sauce are the game’s tiny systems and sense of exploration; and how the two intermingle. It’s something that’s easy to feel when playing the game, though a hard one to describe. Breath of the Wild is home to a whole heap of unique little systems. Be it the game changing one of being able to use the stamina bar to climb up any surface, a refined version of Skyward Sword‘s stamina system; to smaller scale things like (as mentioned before), being able to shoot a fish with an arrow and eat it to replenish health. Exploring the environment doesn’t just encourage exploring these systems, it necessitates them. Sneaking around a camp of moblins to push a boulder down a hill to kill them doesn’t just feel like a cool thing the game did, it feels like a cool thing that you did. 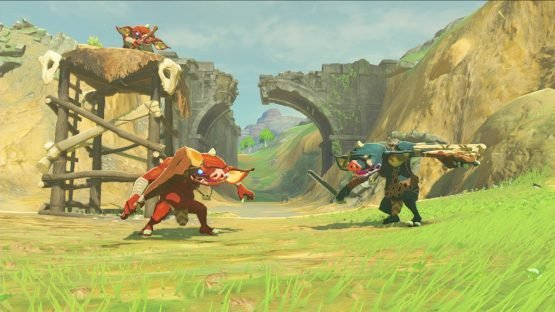 Usually I’m not a huge fan of weapon degradation in games, so you’d be excused for raising an eyebrow hearing about it coming to Zelda, but it works wonderfully in Breath of the Wild. It makes every encounter feel completely fresh and incredibly dynamic. This seems to be because, at least early on in the game, weapons can take such a small amount of damage, that any encounter of reasonable size will force you to adapt your battle strategy on the fly. You’ll need to use up your sword and then switch to a club, or jump for the weapon your enemy just dropped. Weapon use is so limited that it feels integral to the way skirmishes are set up, and they seem to be designed around that premise. One has to wonder quite how the Master Sword will be handled in respects to that. 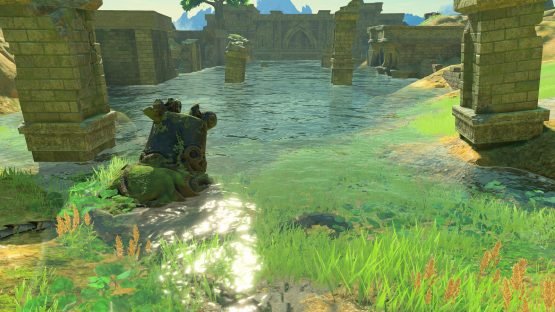 That sense of wonder, of exploration, is still there and hugely key to the vibes of Breath of the Wild.

So yes, Breath of the Wild feels like a Zelda like no other, but at the same time seems to have echoes of most every title in the series — the openness of the original Legend of Zelda; the visual charm and sense of exploration of Wind Waker; the sense of ruin of Twilight Princess; the more dynamic movement of Skyward Sword; I could go on. But it still feels like Zelda. That sense of wonder, of exploration, is still there and hugely key to the vibes of Breath of the Wild, and it’s something that’s been a hallmark of the series from leaving the Old Man’s cave, stepping onto Hyrule Field, or setting sail on the Great Sea. The game’s title really does sum it up perfectly.