The Lost Child Gets New Details and Visuals

Kadokawa Games has updated the official website of The Lost Child, the upcoming RPG for PS4 and PS Vita from Sawaki Takeyasu, El Shaddai‘s director. We learn more about the story and get to see more of the game with a few screenshots and artworks.

We learn that there’s a “demonic war” with  three opposing species : the angels, the fallen angels and the demons. 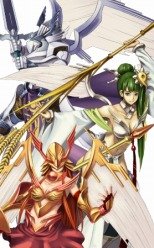 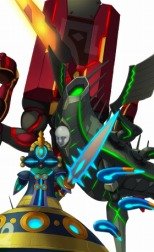 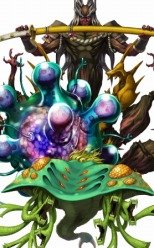 The main protagonist, Ibuki Hayato, is a journalist working for a magazine called “Occult Magazine”. One day, he obtains a “gun goal”  (that can be seen on the main keyart below) which lets him control creatures from the three main species.

He will cover the war between his office (the editorial department “Lost”) and Akihabara, where he will find information about Hastur, the evil god. Hastur is said to protect the 4 pillars present in the world known as “Obelisk”, which sends the souls of the living beings to the hereafter. We also learn that Michael, the archangel seen in El Shaddai, will make an appearance in The Lost Child. It is him who will give the main protagonist the weapon enabling him to control the angels.

Lucifer, the traveler of time

The Lost Child will release on PS4 and PS Vita on the 24th August in Japan.

More Love R gameplay has been released and boy does it make me feel uncomfortable
Recommended Products from our Store: