The World Ends With You: Final Remix Releases in September in Japan

Square Enix has announced that The World Ends With You: Final Remix will release physically and digitally in Japan on 27th September, and there will be a collector’s edition at launch which contains a bunch of goodies. The game has been confirmed for the West, but there’s no solid date just yet. 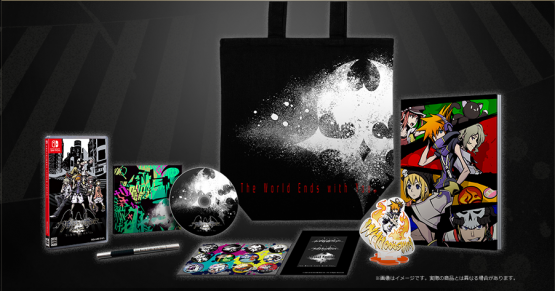 The “It’s a Wonderful Bag” edition includes an artbook, a mini soundtrack CD, a stylus pen, a Neku acrylic stand, Maki-e stickers, tin badge sticker set and a copy of the game for Switch. And a bag, of course.

The World Ends With You: Final Remix releases exclusively on Nintendo Switch on 27th September in Japan, with a Western date yet to be revealed.