I remember when this was airing and I was torn on watching it but eventually the hype got to me and boy, was I enjoying the ride.

Well, I was enjoying the ride until the last two episodes which proceeded to, in my eyes, ruin a lot of what makes Tokyo Ghoul great. But before I get to that, I want to cover what I did like about Tokyo Ghoul and why I’m still on the fence about picking up the manga. Tokyo Ghoul follows Kaneki, a human turned into a ghoul due to having the Kakuhou – an organ exclusive to ghouls – of a girl he was going on a date with (yes, she did string him along in the hopes to murder and eat his body), and he has to get used to eating human organs to survive as well as his new abilities due to not being entirely human anymore.

I love the concept and how it’s initially executed with Kaneki proving to be very human and I love his interactions with the other ghouls and his reactions to how they’re forced to live, and the fight scenes prove to be a joy to watch. I enjoyed watching most of the characters and the situations they’re thrown into, and the war between ghouls and those who want them dead. Something about Tokyo Ghoul is very more-ish and despite being about inhuman people, I loved how well it handled the need to want to be human as to prevent from entirely becoming a monster. 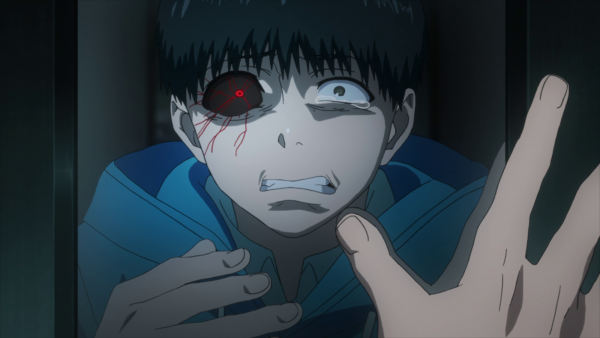 I do feel that it fell apart somewhat during the last two episodes and although I can’t go into detail as I don’t want to spoil it for anybody, I feel that it destroyed a lot of the humanity that it got across and went down a more action-fuelled route. I know many who loved how it turned though and having been given a lot of time to get over it, and through writing this review, I’ve realised that I think I like it more than I initially thought and likely will buy the manga. Way to go, me, you’ve come to great realisations today!

Studio Pierrot handle the animation, also known for working on Bleach, and they prove to do a great job. Unlike the airing version which was heavily censored, this Blu-Ray version, as well as the DVD’s, are uncensored and very bloody – if you shy away at the sight of blood, you won’t want to watch Tokyo Ghoul. Brimming with colour, sharp detail and visceral combat, Tokyo Ghoul is absolutely thrilling to watch and despite its gore and tendency to be rather gross, it’s handled so well that all you can do is be shocked and sympathise with the characters and that they’re all fighting for survival and what they believe to be right. It looks stunning on Blu-Ray and I had a blast re-watching it. 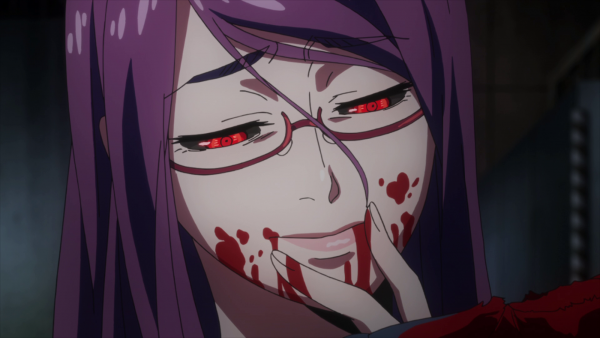 I’d originally watched it in Japanese and decided to give the English Dub a whirl and I’ve really enjoyed it, despite not recognising many of the voices although Michael J Tatum (Okabe in the Steins;Gate English Dub) plays Shu. It’s not going to please everybody but I think it’s well-casted and, the sequel Root A, was one of Funimation’s first forays into simulcast dubs and it hasn’t suffered in quality for it. The OST is great too with Unravel, as I remember, becoming a very popular OP that’s still well loved today. The ED is equally good with its visuals a few spectacular art images floating about as the song plays, and it proves to be very soothing in comparison to the gut-punching anime.

Re-watching the series and writing this review has made me realised how much I enjoyed Tokyo Ghoul and although the ending put a bit of a dampener on things, it stayed with me none the less all this time. Over the course of writing I went from not wanting the manga, to considering it, to ordering it online and I feel I’m going to become a lot more invested in this series in the near future. There aren’t many extras past openings and endings, various trailers and a couple of commentaries, but I can’t fault Anime Limited’s release due to how great the show looks and the inclusion of both audio tracks. 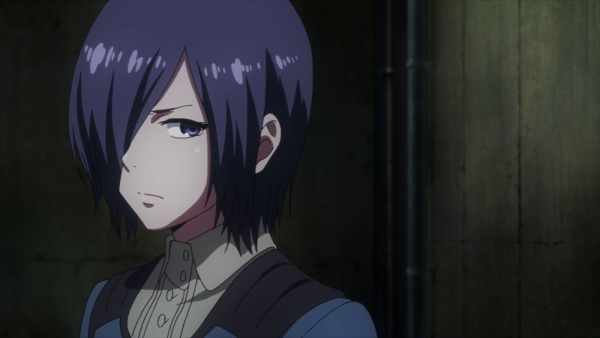 I’m thankful to have had the chance to review Tokyo Ghoul and, if you decide to pick it up, then I hope you enjoy it too! It releases on the 28th September with a collector’s edition available via Anime Limited which comes with an artbook, blu-ray discs covering the 12 episodes and unique artwork. Tokyo Ghoul is a thrilling ride and although it’s covered in blood, violent action and morally questionable actions, it still remembers to remain human and that’s something I really loved about it.

Requiem from the Darkness
View in Store