The world of video games is ripe with people wearing stylish suits, and it’s time to give them their moment in the limelight. There are many we’d like to name but alas, we will only name the top 12 best suits in gaming today. Who knows, maybe we’ll return with more another day?

Without further ado, and in no specific order, take a look at some of the best suits (and their wearers) in gaming. 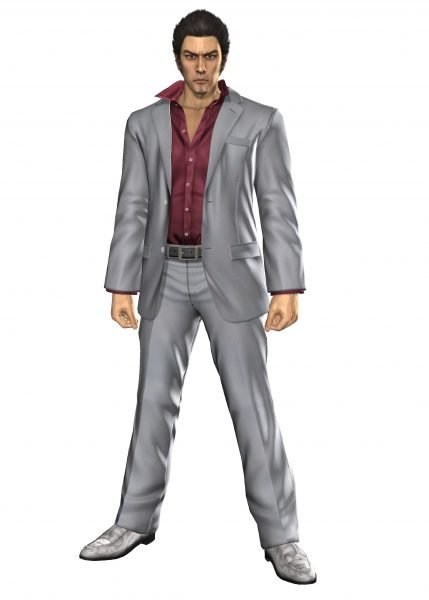 Kazuma Kiryu is one character who has worn several suits over the years and cares greatly about his appearance, hence his spot on this list. He favours a white suit which is a bit of an odd decision considering how often he gets into fights, but I’m not going to tell him that! He may be a little old-fashioned but he pulls off the wide-collar, dated look that makes you question why the look is not so popular now.

Sae stole hearts from all over a little over a month ago with her business suit and business attitude, and her trimmings make her suit stand out from generic black suits. Her black turtleneck and high heels match perfectly, and her necklace represents her job. Overall, Sae might have the most business-like suit in gaming, and she looks damn good in it.

Choosing only one character from the Ace Attorney series was pretty tough, as most characters have great suits, but Edgeworth may be the most stylish of them all with his ruffly cravat and plum suit. When matched with his waistcoat and hairstyle, it’s hard to not want to look as good as the legendary prosecutor Miles Edgeworth. This entry could have easily been substituted with Phoenix Wright himself, but he doesn’t have a frilly cravat. 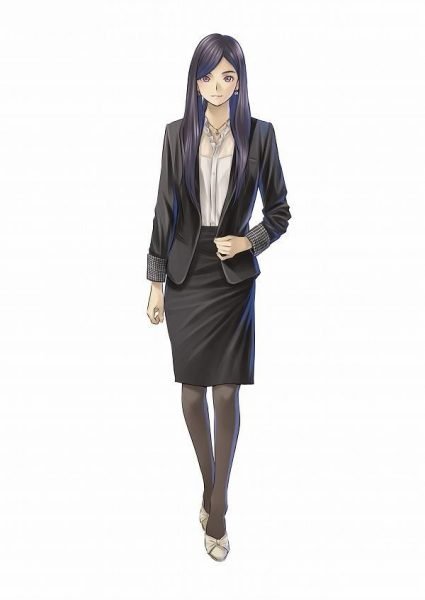 Yukari of Root Letter runs an art gallery, and her formal attire reflects that. Yukari takes her job seriously and her outfit doesn’t have much in the way of personality, but it fits her character well and her sleeves, slightly frilly shirt and white shoes help in making her outfit stand out. Yukari looks fantastic and, along with Sae, they make up the more traditional suit wearers on the list. 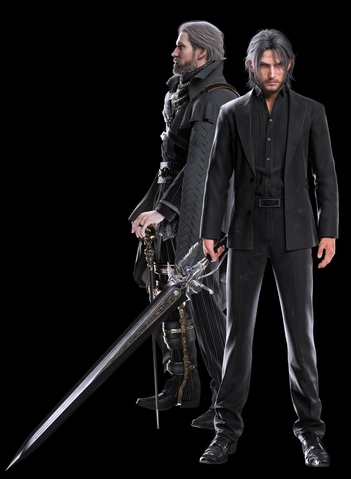 Final Fantasy characters might be known for their outlandish outfits complete with a minimum of fifty belts, but an older Noctis sports a neat suit fit for a king – and only one belt! He might look slightly grizzled, but he’s one of the best dressed men in the series, and he even has a DLC outfit which is yet another lovely suit.

As a student, I can only assume that Okabe’s suit wasn’t an ensemble, but has been put together with his keen eye for co-ordination. Fully black all over bar the pen he carries in his blazer pocket, Okabe’s suit is a casual one that’s ready for any occasion. Okabe is pretty depressed during this game though, hence why he’s wearing only dark colours, but it’s undeniable that he looks great — he makes for an easy cosplay too! 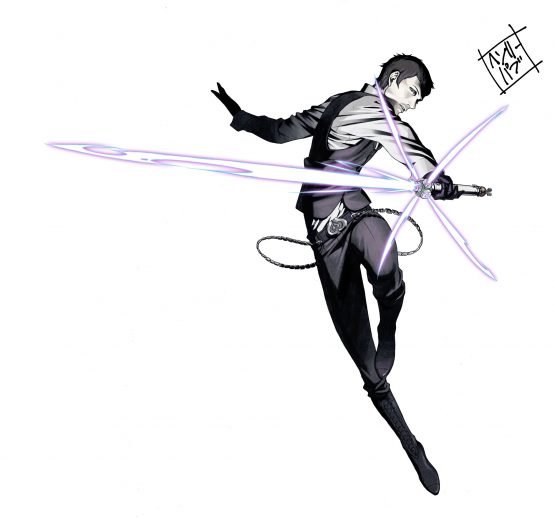 Suda 51 characters are usually pretty slick, but Henry Touchdown has always stood out to me thanks to his unique touches on what is a pretty standard look. A white shirt and waistcoat might not be so odd, but the long boots and chain aren’t quite as common. He has a lightsaber-like weapon too, so what’s not to like? 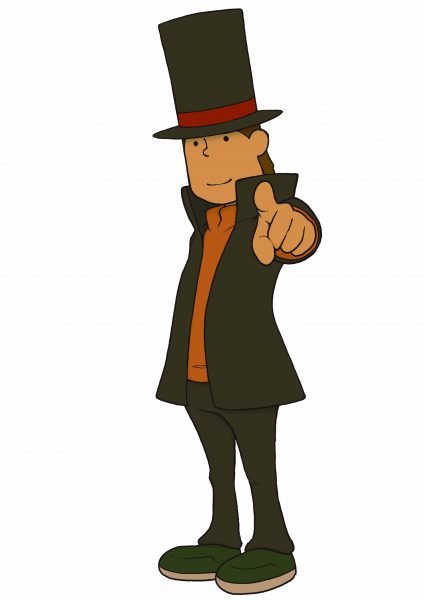 A top hat, green shoes, orange jumper and a popped collar?! On paper, this sounds absolutely abysmal, but the wise professor pulls it off. He pulls it off real good. He claims to be a gentleman and has never been anything but, and his business attire shows that he’s prepared to take on any puzzles. He might not be in a traditional suit, but it’s a suit that only Professor Layton can pull off. His daughter seems to have taken after his eye for fashion too!

Sporting a red suit, a white tie and a ridiculous hairstyle, Sissel’s iconic look is one that’s hard to forget. Everything about his suit shouldn’t work, but it does, somehow. It just does. Sissel is a perfect example that if you have enough confidence, then you can make any outfit look good. Well, maybe not any, but you get what I mean, right? 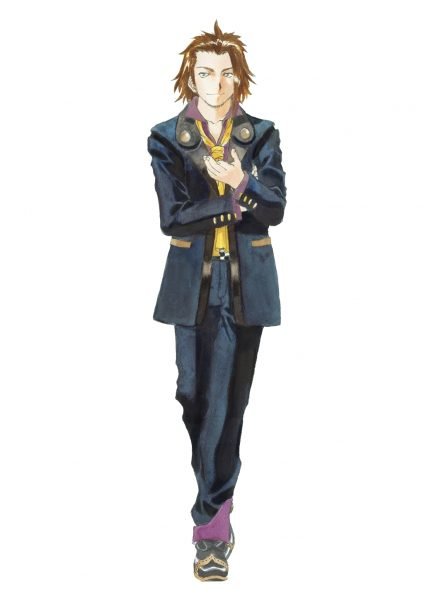 Not quite a traditional suit, but it’s something Alvin pulls off marvelously. Yellow and purple sound like an odd combination but their shades blend together well here, along with the navy blue that makes up much of the outfit. It’s the perfect mix of business and casual, and so it’ll go well for any occasion. I mean well, maybe people won’t be happy if you wore it to a formal event but eh, it looks great! 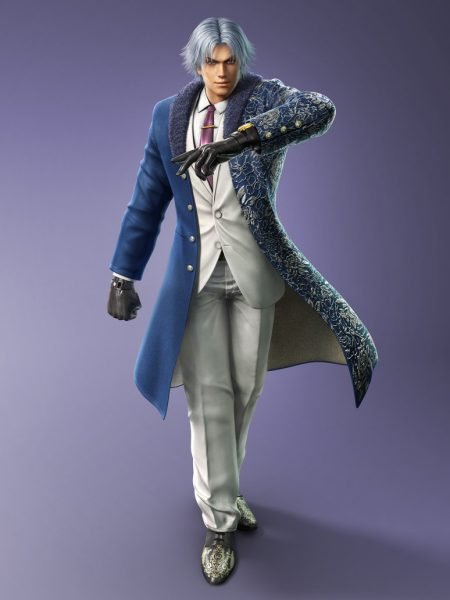 Tekken has a whole lot of characters but none wear a suit like Lee does! Lee is wealthy and his clothes show it, and he has one of the more extravagant suits in gaming — he even has a tie clip! Those leather gloves and the fur-trimmed coat go over his stunning white suit, and his accented shoes show that he’s entering the King of the Iron Fist Tournament as the most stylish fighter. 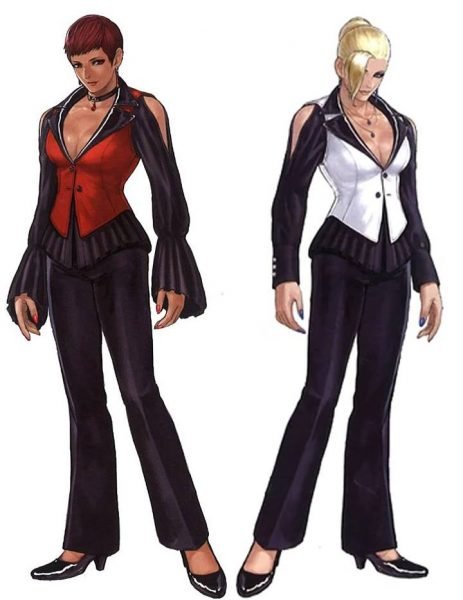 Two characters in one slot?! You might see it as cheating, but Vice and Mature are usually teamed together and wear the same outfit, just in different colours. Their outfit might face slight changes with each King of Fighters game, but their colours have remained the same, and their style has never drastically changed. They’re not afraid to show off a little skin and they’re always suitable for business, and the two make for a chic pair.

Root Letter Movie Adaption In The Works
Recommended Products from our Store: