The Top 5 Anime Kisses Of All Time

As someone who prefers more Special Beam Cannons to special kisses in their anime, I consulted with a group of anime fans who have an eye for romance, my own personal preference, and the wider internet, to come up with the top 5 anime kisses of all time. No seriously, this is the official list. As decided by Rice Digital.
SPOILERS AHEAD! 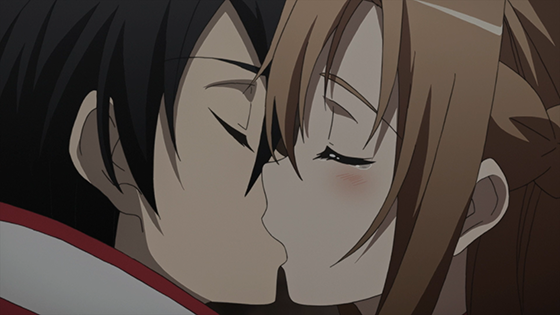 Say what you will about SAO after the first arc, but this is a great moment to kick off our list with. After a series of tough encounters, and an obvious romance building between the two, Kirito goes for the kiss to settle down Asuna who’s feeling guilty about putting him in danger, and she’s somehow surprised by his actions. 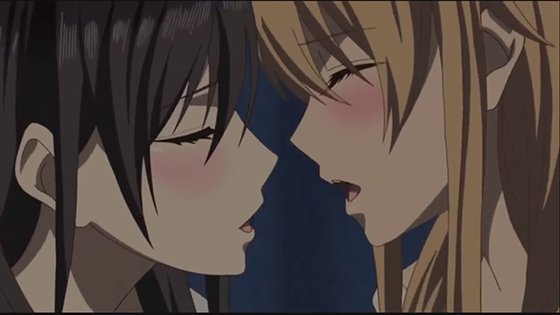 This one is important not only in the narrative of the anime, but culturally too. A same-sex kiss in media is always a step in the right direction, and there’s plenty in this show, but this is the one with the most emotion, Mei herself even states that it was different to all the kisses that came before. A very important moment. 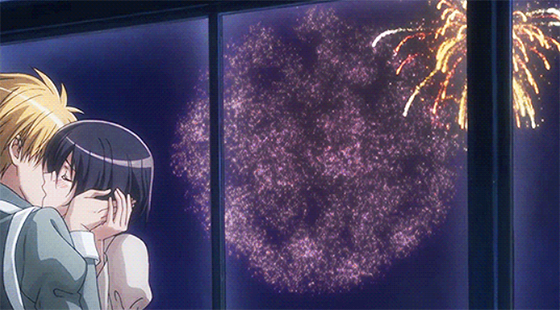 Opposites attract? Initially, Misaki is worried that the rich and popular Usui is going to make fun of her, after discovering her working at a maid cafe. Instead the opposite happens, Usui becomes a regular. Eventually they grow feelings for each other and this culminates in a great scene, especially with the fireworks in the background, nice touch. 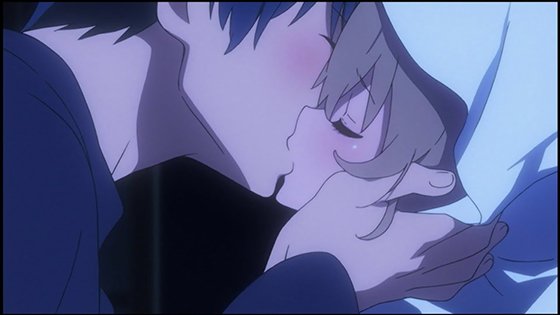 Is this THE romance anime? Ryuuji and Taiga spend the first couple of seasons trying to get each other into relationships, but in the mean time, breaking down each others barriers, and eventually falling for each other, culminating in this classic moment. Made even better by Taiga standing on her tip toes and not settling for just the one kiss. 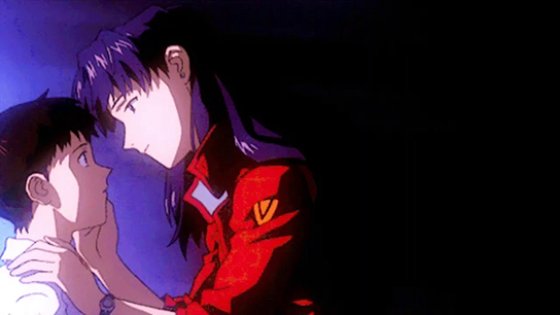 This one is quite different from the others, and it stands to make the most impact, granting it the glorious number one spot on our list. Misato is the guardian of Shinji, but she’s failed to support him properly throughout the series. Finally, she does, the only way she knows how, through intimacy. She gives Shinji the courage to pilot EVA 01 with a kiss, knowing that’s the push he needs.
How did we do? What have we missed? Let us know your favourite anime kisses below!
Tweet
Share
Shares 0
Tags: anime, anime kisses, best anime kisses, citrus, kiss, kisses, Maid Sama, neon genesis, Sword Art Online, top anime kisses, toradora