Toukiden 2 Preview – Touking it to a New Level

As far as “monster hunting” style games go, Omega Force’s original Toukiden was one of the best. Mixing over the top actions and weapons with a distinctive mythological Japanese approach — the monsters you hunt are traditional “oni”, and some oni are very, very large. Toukiden 2 is more than just a sequel, though, it’s a rethink.

Comparisons with other games in the monster hunting genre don’t really hold with Toukiden 2. With the first Toukiden, Omega Force comfortably oozed into the genre, enhancing and boosting this and that with the eager itch of expert car mechanics working on a new find. With Toukiden 2 they’re building up something more from the ground up, something that can truly be called its own. 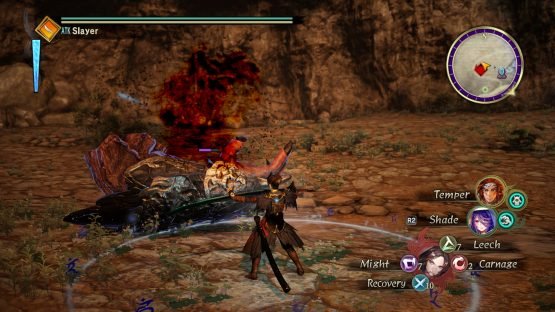 With Toukiden 2 they’re building up something more from the ground up, something that can truly be called its own.

Toukiden 2 is set two years after the events of the original Toukiden, but it’s a new story that can be experienced without knowledge of the first game. You play a slayer who originally fought in the “Awakening”, the cataclysmic event that saw oni entering into the world. As with other recent Omega Force games, Toukiden 2 has a fairly robust character creator, and our slayer who we named “Mint” was hilarious — a tiny man sporting bright great hair all over his face, and huge almost grey-like (as in the aliens) eyes. The friends you encounter in the new area of the world you find yourself in are all quite interesting, but none more so than Tokitsugu, a human soul trapped in a tiny, almost Vivi-esque, robot body. 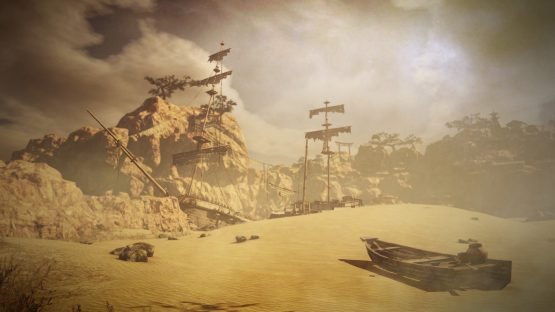 The biggest change is the world construction. Now, rather than move between smaller maps, the whole world is connected, even moving between the main town and the outside world, or between regions. It seems like “open world” might be a bit of a mission statement for Koei Tecmo this year, with Atelier Firis doing the same, and the still veiled Dynasty Warriors 9 apparently being open world too.

Toukiden 2‘s open world changes the feel of the whole experience massively. It doesn’t feel quite as gamey and segmented as before. Each time you set out on a mission, it feels like you’re travelling a huge land. It doesn’t feel as much like a jog from A-B anymore, simply ticking checkboxes. It’s a very real and dangerous hunt. 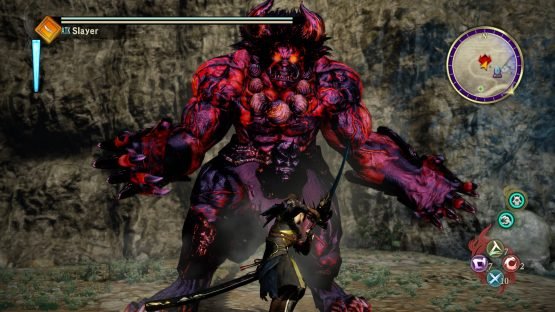 Omega Force have taken a page from Sony’s book when it comes to the new “demon hand” power – the ability to zip around with a large, extendable spirit arm feeling just a little bit like Freedom Wars‘ thorn whip. The demon hand works wonders with the slightly larger design of the world, as you can use it to pull yourself quickly over vast distances. This also helps with taking on large oni, as you can target individual body parts and fling yourself towards the weak point, able to strike at a head several feet off the ground even with a close-quarters weapon like the sword or gauntlets. 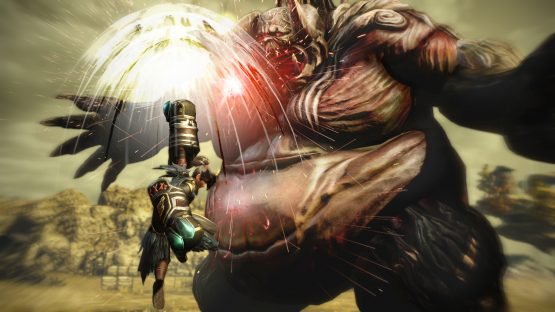 Other tweaks have been made to take advantage of a larger open world. For one, a much needed faster sprint. Teleports between lodestones. New areas can be corrupted with the oni’s miasma, limiting the time you can spend within them before you purify the area, making the game’s structure a little bit one of area liberation. Also, a new oni size has been added to the ranks of the demons, giving a mid-tier group of enemies between the regular canon fodder, and the huge oni. This seems to help pad out the types of real-time encounters you can get into as you wonder the world. 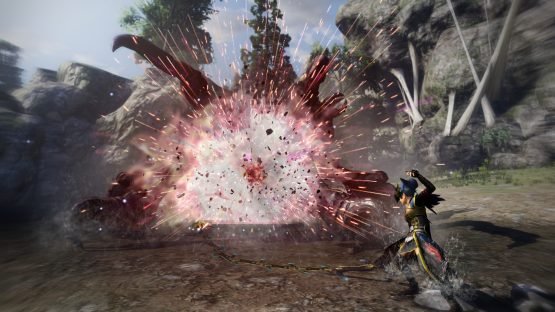 A sort of gorgeous blend between Monster Hunter and Phantasy Star Online.

There are shades of MMO about the open world now, but mixed with the more traditional monster hunting vibes of the first Toukiden. Toukiden 2 feels like a true evolution of the principles of the first game, like a sort of gorgeous blend between Monster Hunter and Phantasy Star Online. Currently the open world has felt terrific, teleport stones are handily placed and dashing past mobs is always an option. There could be some concerns around how the lovely, bite-sized nature of the first game will translate to this broader scope, but what’s here is mechanically polished to a shine — and you would expect no less from Omega Force. 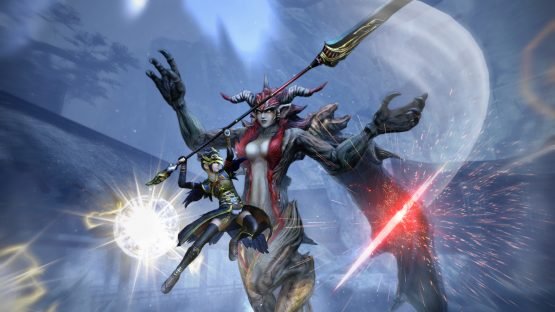