If you enjoyed Collection of Mana as much as we did, then no doubt Trials of Mana will be one of your most anticipated JRPGs of 2020. However, outside of their E3 announcement, there has been little news on the details of this new entry in the Mana series – until now. Yesterday Square Enix dropped a ton of details on Trials of Mana characters and story.

After the world was shrouded in darkness, the Goddess of Mana sealed away eight monsters of destruction inside eight mana stones. Exhausted from her world-saving endeavours, she fell into a deep sleep after transforming in to a great tree. When the forces of evil threaten to rise again – they seek to unleash the Monsters of Destruction from their stony prisons, to wreak havoc into the world once more.

With Mana draining from the world and the Tree of Mana slowly withering away, so begins your new adventure! 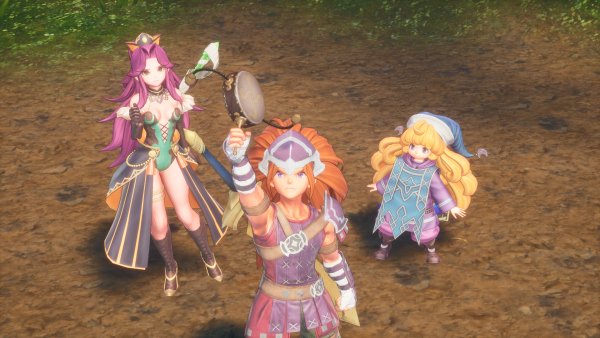 So lets take a look at the main hero characters we’ll find in Trials of Mana. First up is the lead character: 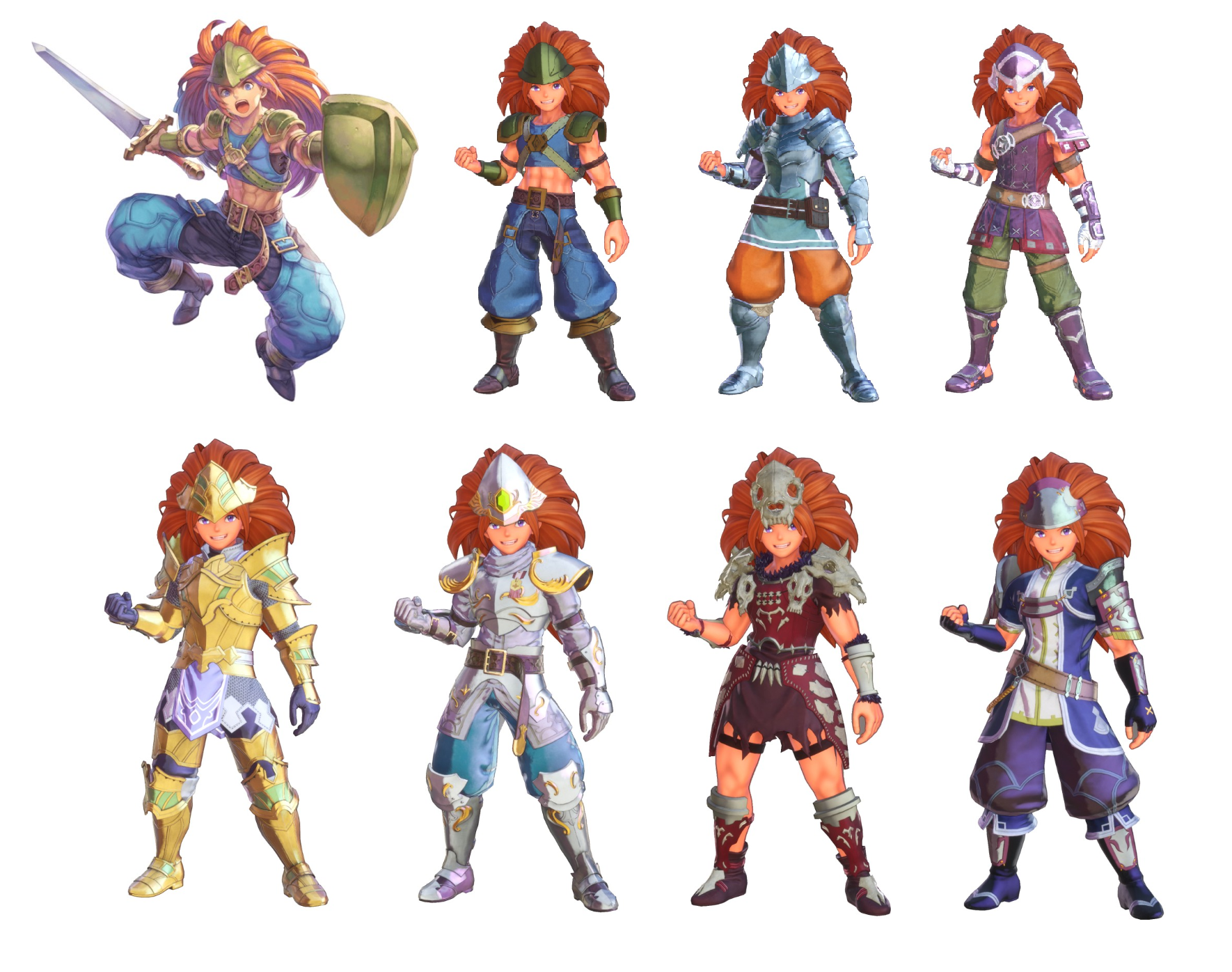 This guy is the son of Loki the Golden Knight – a close friend of the Hero King. Duran is hot headed – but, as a soldier of the kingdom of Valsena, has nothing but love for his kingdom and would so anything to save it. In Trials of Mana you can switch your characters classes – each of which follow a path, Light and Dark. On the light path, Duran can adopt more paladin-like skills with healing and defensive skills. On the Dark path he will be come something more like a glass cannon with more powerful attacks. 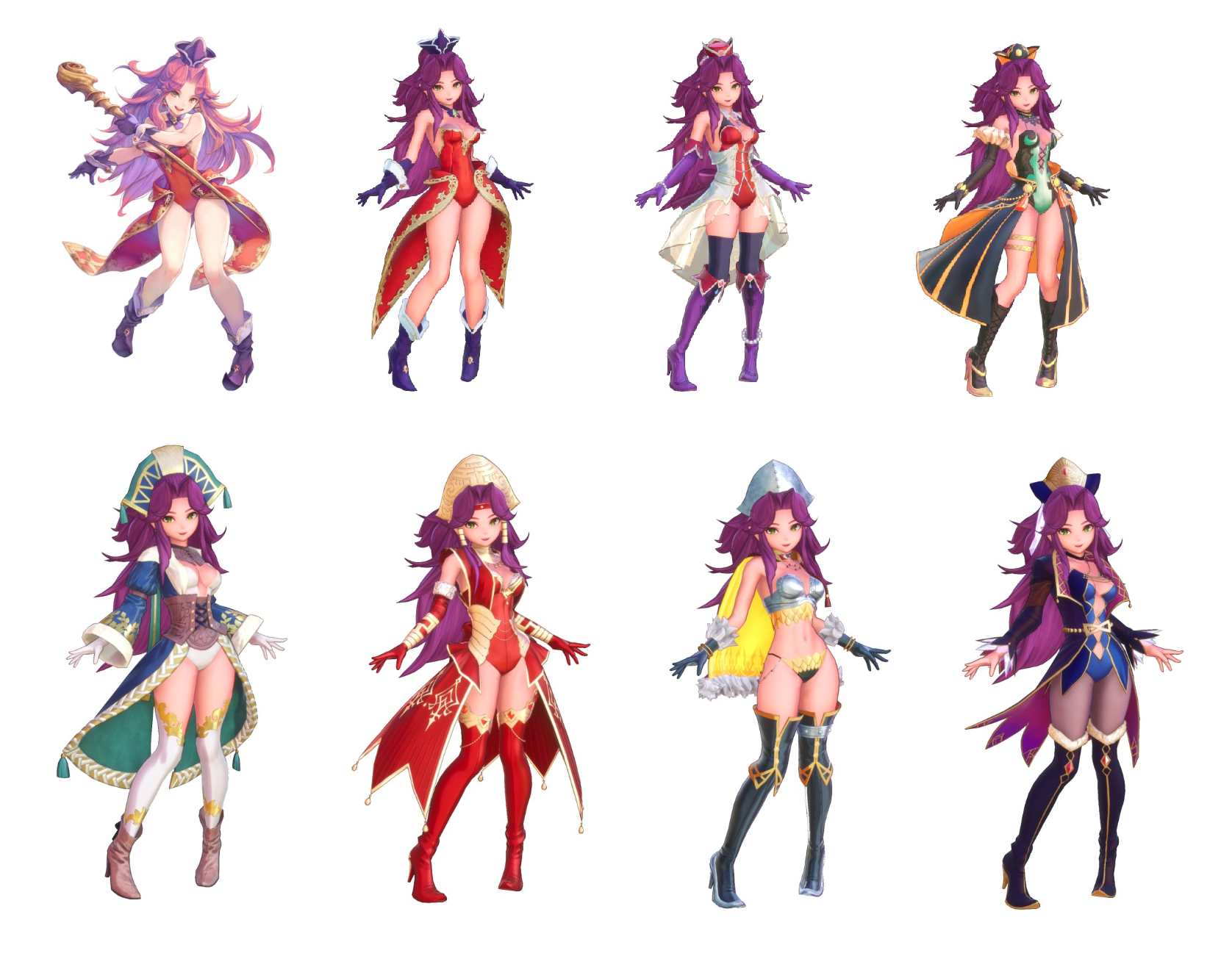 Hailing from a Snow Kingdom renowned for it’s magic users – Angela is the daughter of the True Queen of Altena. She’s a rebellious soul who craves the attention of her mother – who never paid her much attention as a child. She was always a clumsy magic user, and has not got much better with age. 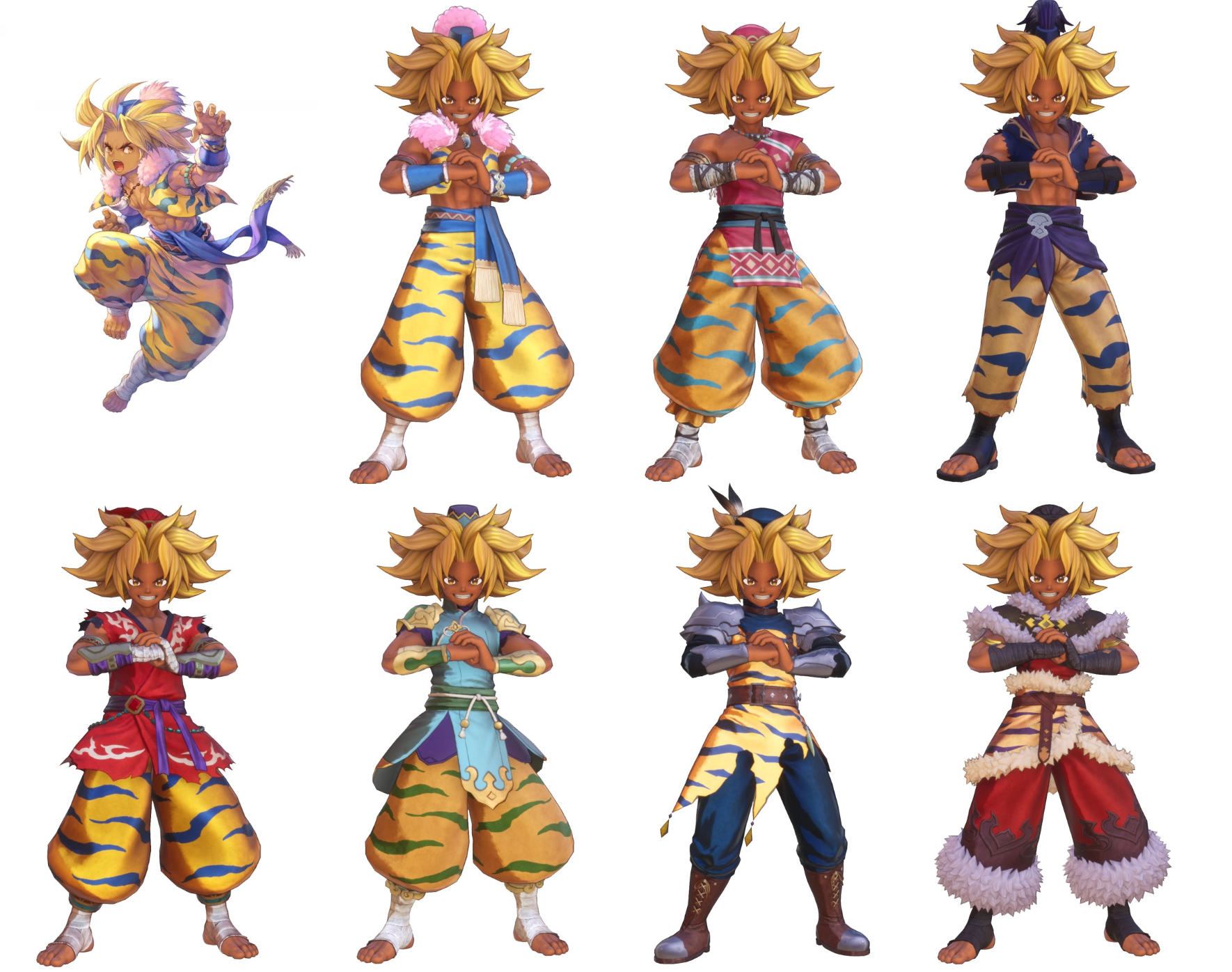 Heir to the throne of Ferolia and son of the king of the Ferolian beastmen. His mother was a human, but went missing. His father raised him to be a ferocious fighter – and so neglected the softer side of his persona. As a result he’s a little awkward and finds it difficult to make friends. 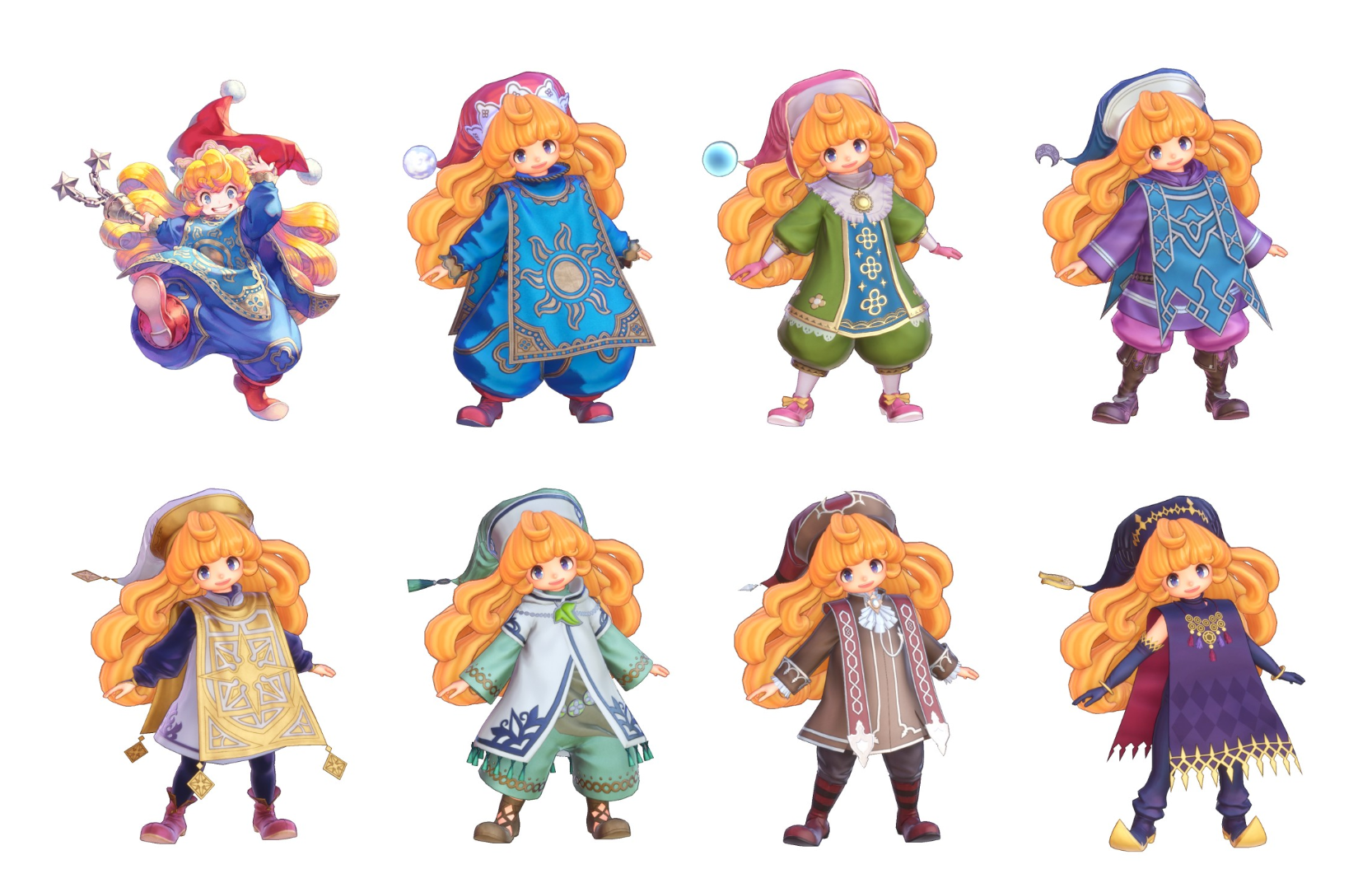 Charlotte is the Healer of the Trails of Mana Characters. She’s the grandaughter of the Priestess of Wendel. Thanks to her Elven blood she appears much younger than she actually it. A little anxious in dangerous situations, she’s not a particularly good fighter, but her kind and curious heart makes her a valuable support. 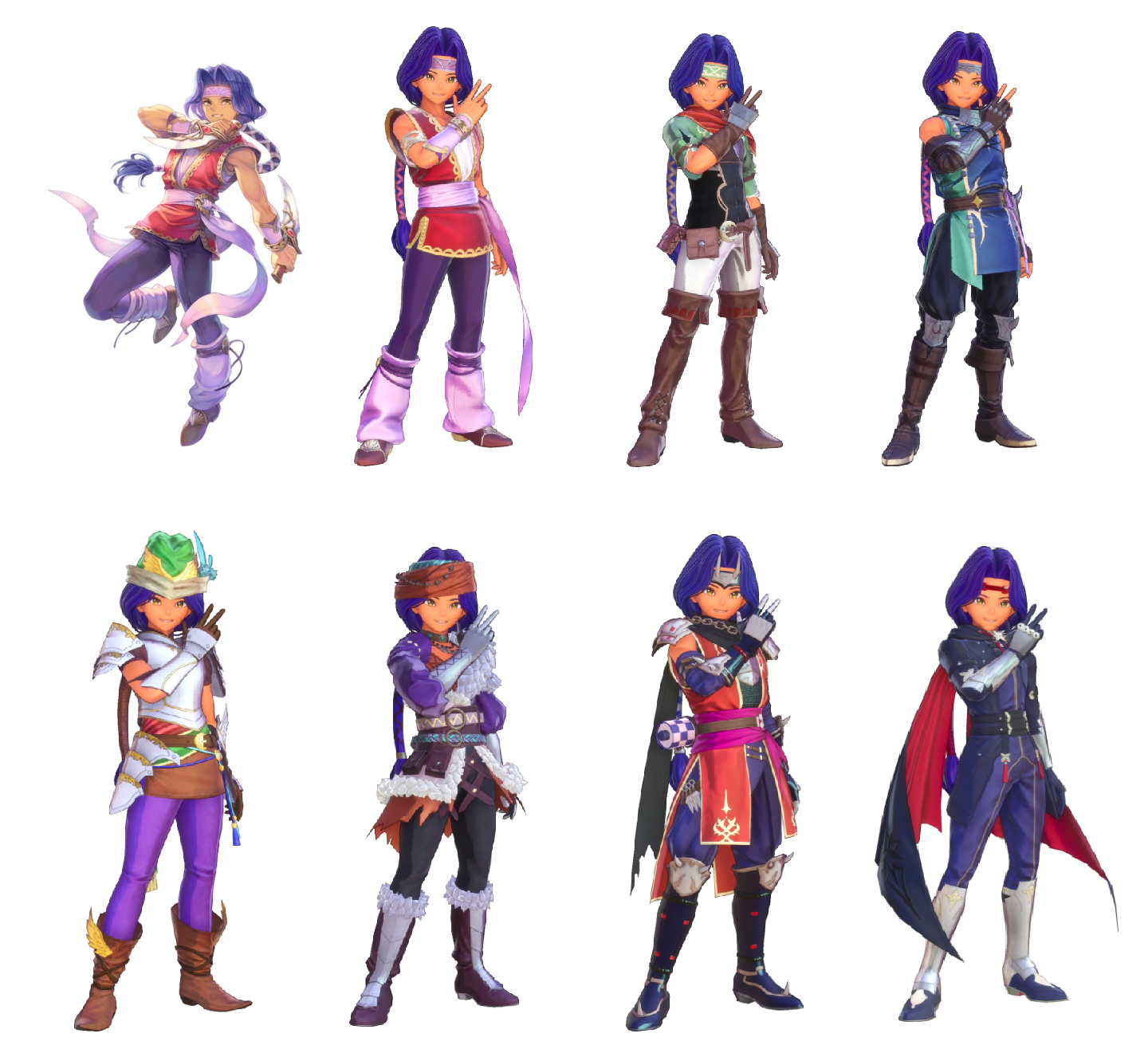 Next on the list of Trials of Mana Characters is the orphan, Hawkeye. He’s a member of a noble clan of thieves from the desert region of Nevarl. A light-hearted and quick-witted thief, it’s hard to know when he’s serious, though you can never dispute his loyalty to his friends. 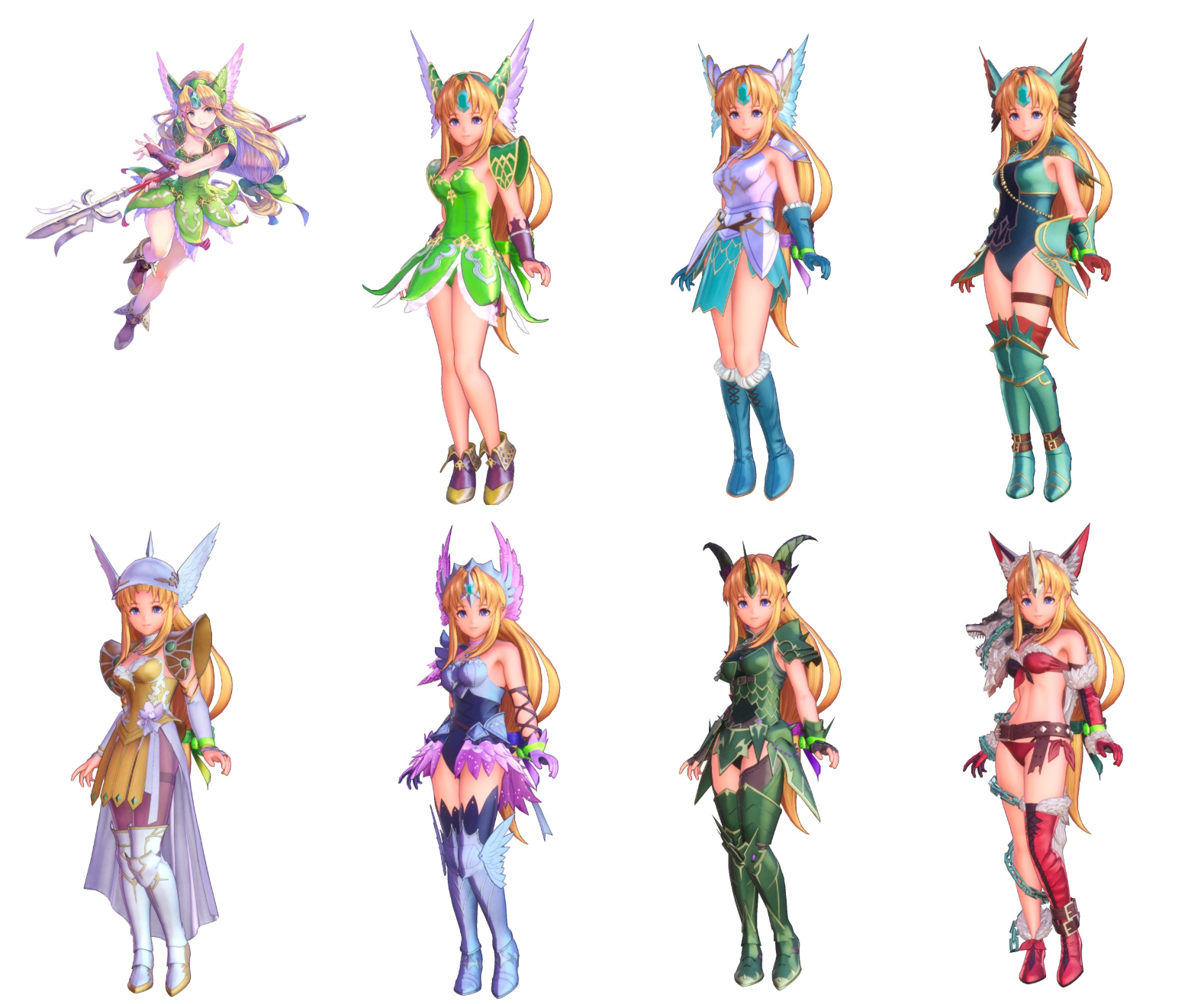 Rounding off the heroes in our Trials of Mana character guide is Reisz. Another descended from nobility. Reisz is the princess of the Amazon kingdom of Laurent. A fierce fighter, she’s is captain of the guard. Some find her a little stubborn, but this is mostly down to her fierce loyalty to her kingdom and her family – particularly her little brother, who she raised herself when her mother died.

Last but not least, a round up of Trials of Mana’s antagonists! 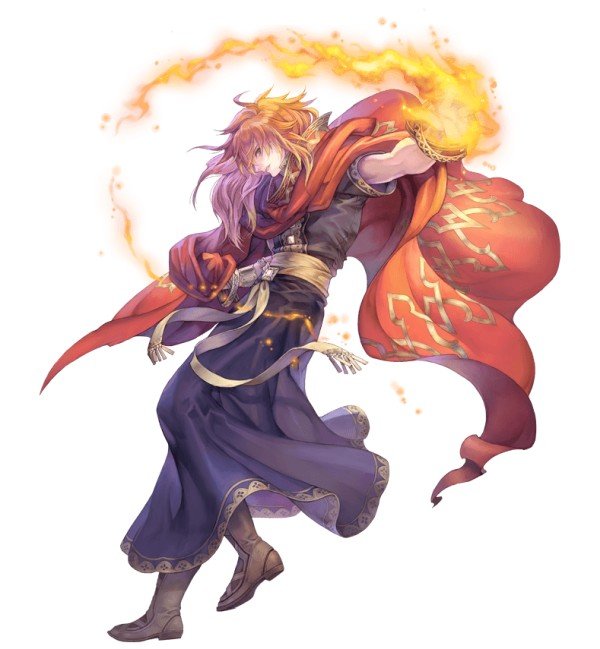 The right hand man of the True Queen – but he’s nobody’s friend, having ordered the Magicians of Altena to wage war on Valsena. His motive? To wield unleash the energy of the Mana Stones for his own nefarious means. 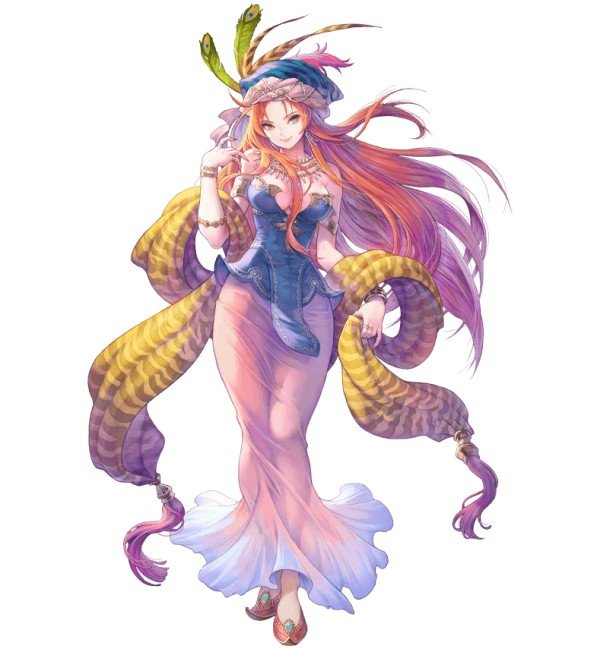 What JRPG would be complete without a villainous seductress. Belladonna has bewitched the leader of the Thieves Guild and as such, has commanded his subjects to invade the kingdom of Laurent – the home of Reisz. 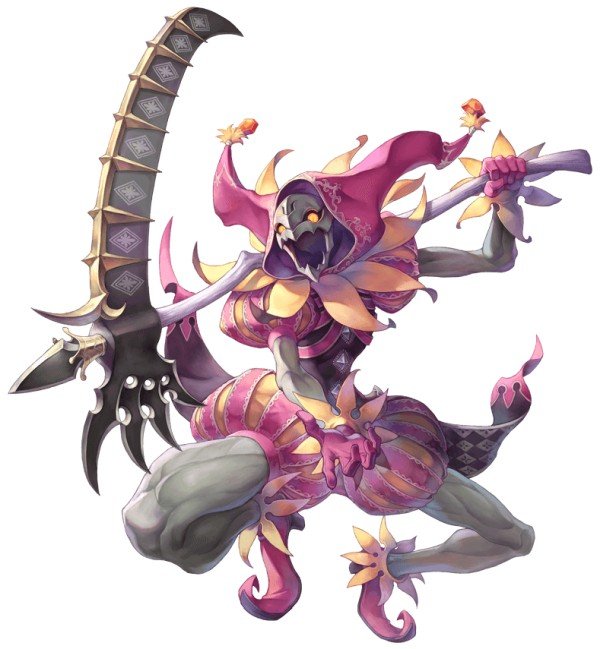 While he might look insane, Goremand is a calculating villain. Like the other villains in this Trials of Mana character guide, he too has sought to ally himself with one of the kingdom’s  – in this case the Beastmen of Ferolia – and is set on using their forces for his own means.