We’re pleased to finally be able to reveal the Rice Digital Exclusive Collector’s Edition of the latest version of the fantastic fighter, UNDER NIGHT IN-BIRTH Exe:Late[st] — the End of Dawn Edition! This collector’s edition will be releasing on PlayStation 4 on 9th Feb 2018. 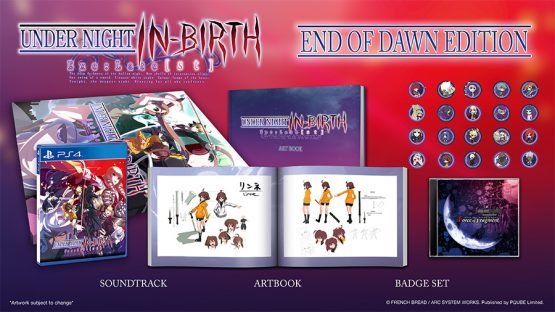 Take a look at the release date trailer too:

Under Night In-Birth Exe:Late[st] has been hailed for nailing the balance between traditional 2D fighter and over-the-top ‘anime’ fighter gameplay, and now it’s coming to PS4 for the first time!

Here’s an overview of the game’s features from PQube:

– Re-balanced gameplay – Old favourites have new abilities and new gameplay elements have been added, including the ‘Veil Off’ system that opens up new combo opportunities.

– Mission Mode – Learn new combos and take on some of the hardest challenges in the game.

– Tutorial Mode – An expansive tutorial mode has been added to the game that teaches all the skills necessary to level up your game.

– Chronicle Mode – Discover the narrative of UNDER NIGHT IN-BIRTH Exe:Late[st] in a dedicated story mode experience. 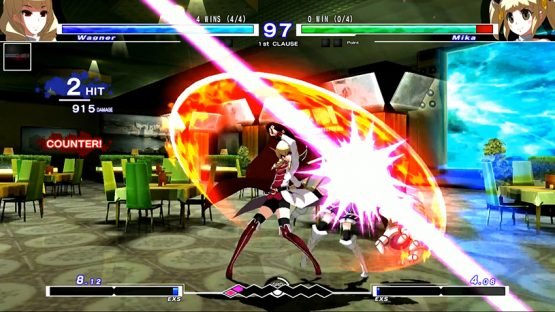 Under Night In-Birth Exe:Late[st] releases in Europe on February 9th for PS4, PS Vita, and PS3.