The Frozen Fang of Eternity, Londrekia, joins Under Night In-Birth Exe:Late[cl-r] as the 21st character in the roster. The new trailer shows off Londrekia’s moveset, in particular his ice-based attacks. He certainly lives up to his title, that’s for sure.

Today, PQube released a new trailer for the February 21st 2020 release from French Bread / Arc System Works. Londrekia (pictured below) is the star of the show in the trailer that you can catch here:

Alongside the trailer, we learnt more about the game itself and what the latest iteration includes:

As well as Londrekia, the game has received considerable balance changes for the entire roster, based on player feedback. Players can also expect to see brand new stages, background music, sound effects and voice lines – all backed up by a new story line featuring Londrekia himself.

Under Night In-Birth prides itself on it’s exceptional tutorial, and there’s no change here. The game welcomes beginners with all the information they could ever need to understand basic fighting game mechanics, and then follows that up with more in-depth lessons featuring advanced techniques to take players to the next level. 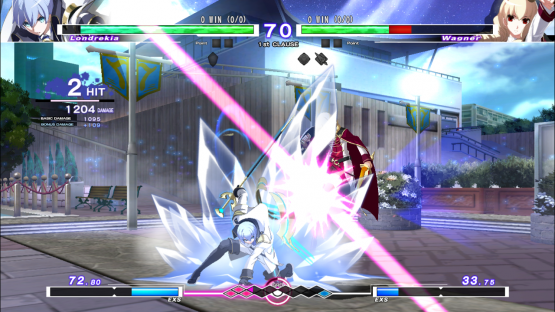 Under Night In-Birth Exe:Late[cl-r] will be available physically and digitally worldwide on February 21st, 2020 on PlayStation 4 and Nintendo Switch.