We’re rather large fans of strategy games in our office and, despite their undeniable difficulty at times, have fought through some of the toughest titles the genre has to offer. So, our excitement when Sega both announced Valkyria Chronicles 4 and invited us to their offices to play it was palpable.

Valkyria Chronicles 4 takes place during the same time frame as the original game in the series, but instead focuses on a different group of characters. So you join undeniable cutie Claude Wallace and Squad E in the Second Europan War, as they prepare to begin the risky, but necessary military movement, Operation Northern Cross.

This will potentially turn the tide of the bitter war between the Atlantic Federation and the Eastern Imperial Alliance, so you must command yours various units, all of which as individual characters to victory. Along the way, the narrative unfolds in either a visual novel style, with the dialogue appearing as stylised slices across the screen, or in glorious animated cutscenes, and it’s hard to land on which one is more visually appealing. 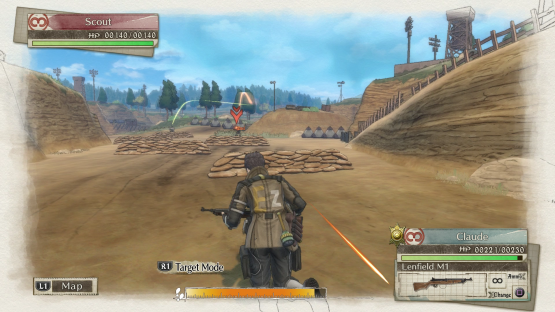 Valkyria Chronicles 4 plays much alike it’s predecessors, playing out as an action/turn-based strategy title. First you will notice on your turn is the Command Mode, which is a top-down view sketch of the entire map, where you can see all of your units, as well as known enemy units in play. Also here will be any victory or loss conditions, as well as various statistics and numbers to look over before engaging the enemy.

Selecting a unit switches to Action Mode, where the perspective moves to third-person 3D and allows full movement until the stamina of that character runs out. Once per player turn, each character can fire by activating Target Mode, which will then allow free aiming with the Right Stick for precision targeting before firing at the enemies in question.

Obviously there are differences between the different weapons, such as the Snipers being able to zoom in and the Mortar users not aiming directly but instead with an arching indicator. However, this is all adequately explained, and most of the weapons operate very similarly. Once you’ve finished with the character, including hiding behind sandbags after firing if you need to, then you can end that turn. 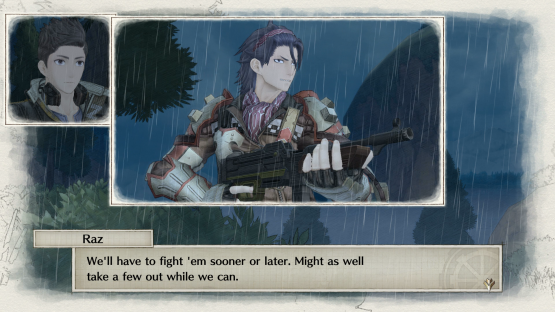 Each of the player and enemy turns have a certain amount of CP to use, which relates to commanding individual units and will drop by one each time Action Mode is engaged with a unit. Once all of your CP is used, your turn is then over, and same goes for the enemy. You can choose to end your turn with remaining CP, and it did seem in the build I played that leftover CP carries over to your next turn, but this might not be the case later (in fact, I would rather if wasn’t).

So, the basic gameplay is that of an incredibly deep strategy title. Do you stage an all-out assault, but leave your units open to a potentially fatal counter-attack, or inch forwards using the terrain to slowly inch your way across the battlefield taking out the enemy one-by-one? Both of these playstyles are catered to, of course, but the former might not stand you in a good stead against the majority of the game.

Aesthetically, Valkyria Chronicles 4 is absolutely breathtaking, opting for an anime style that’s closer to that of a rough sketch filled in a fashion that looks like a watercolour painting. The result is a game that’s an undeniable beauty to behold. This artistic choice runs through everything, with the maps being rough-looking sketches of the terrain as obviously these are all implied to be from Claude’s journal. 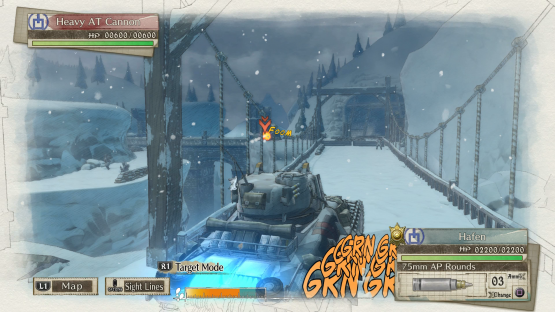 All of the character designs are unique, giving every unit their own unique personality. Even the units that have little narrative presence all feel like people that you don’t want to lose or sacrifice for any reason. I mean, it helps that the entire cast are prime candidates for top husbando and waifu lists, but their design and voice acting really do make these characters.

Based on my preview time with Valkyria Chronicles 4, I could not be more excited for this game. It feels much the same as previous titles in the series, which I have loved, but the aesthetic and high quality voice over work really makes this feel like an evolution of the franchise. I cannot wait until I can guide Claude and his loyal troops through this epic military campaign.

Will you be getting Valkyria Chronicles 4? Are you a fan of the series in general? Let us know in the comments or on Twitter, and keep an eye on Rice Digital in the future (especially as we will very likely be reviewing this).