A tale of love, hate, and revenge in a Victorian era setting, BL visual novel Beyond Eden is now available on Steam! What’s more, you can save 10% with the launch discount until October 13th! There’s also a bundle with the soundtrack, which also currently has a 10% discount. Neat!

Here’s an overview of the game’s story from its Steam page:

It is the late Victorian era, a time of drastic social upheaval and shifting values.

Yet everything seemingly remains routine and unchanged in ‘Ashgrove Park,’ a stately mansion surrounded by a vast forest.

But then a man arrives to disturb its tranquility—a man who spent his boyhood at the estate has now returned after 10 years.

The Baron Edenic—the master of the house—and his four sons, the doctor, and the servants greet him with wariness, joy, or unfamiliarity.

A story of discord and destruction between and the people of the mansion and a man who hides his thirst for revenge beneath a calm demeanor.

Does the fall await beyond Eden? 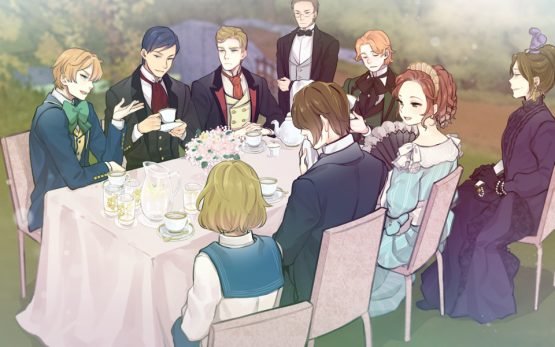 Beyond Eden is available now on Steam.