Despite the controversy of yesterday’s quarter final, we’re pressing on. Waifu Wars is an emotional time. And this is it. The final Quarter Final. This time next week it will all be under way for the final! Votings ends tomorrow 12pm!

If you even think of cheating we WILL find out, and your waifu WILL be destroyed. UPDATE: There was cheating, so we’re sorry the poll was skewed while it was taking place. Fortunately we know which votes were legitimate and which votes weren’t, so the illegitimate votes were simply discarded from the system. Discounting those votes, you can see it was actually quite close! 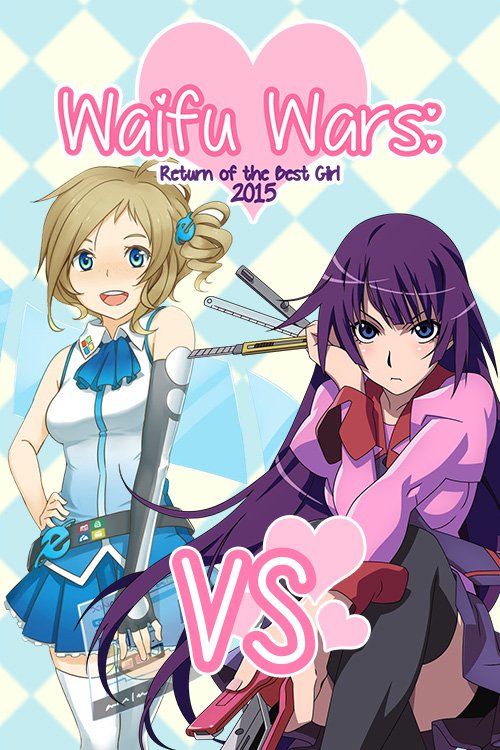 Also known as Internet Explorer-tan! Inori Aizawa is a mascot character that represented Internet Explorer, and now represents the updated version of the browser, Microsoft Edge. She was created by Microsoft Singapore, and designed by Collateral Damage Studios, to celebrate Anime Festival Asia 2013. She’s got a search bar glove, tabs, security shields. This is about as real world as waifus get, and I’m loving it. The only reason to use Microsoft Edge.

Hitagi self-identifies as a “tsundere”. She’s the kind of girl you just do not want to mess with for fear of your life. She’s blunt, and will tell you what she’s thinking, and she’s got the wits and sharp tongue to make it hurt. Even though she’s a little rough, there’s still an honesty about her. Even though she might be harsh she’s sincere and honest in what she says. She’s trustworthy, and expects nothing less than the same from those she lets close. Also, she literally has no weight.

Who will you vote for? Let us know what you think!

And as always, may the Best Girl win!