Long before the likes of famous Amnesia series and the now overused first person walking simulator horrors of today, there was only a humble little game called White Day, originally released on PC in 2001 by a Korean studio called Sonnori.

White Day is a bit of a mystery itself. For a niche title that was only released in its original country, over the years it accumulated quite a following. This is thanks to a joint effort of the game’s distinguished atmosphere, fan translation and an odd video or two that was available in the old days of video streaming. Its success spread like wildfire after fans popularized this rare gem as one of the most if not the most terrifying video games in existence.

Certainly, after fifteen years there had to be changes made in order to reach a wider audience. So, you might be wondering how well does this remake fare compared to the original. Overall White Day: A Labyrinth Named School is a fairly faithful remake with added ghost stories, random ghost encounters, extended conversations, an additional character and new character endings. 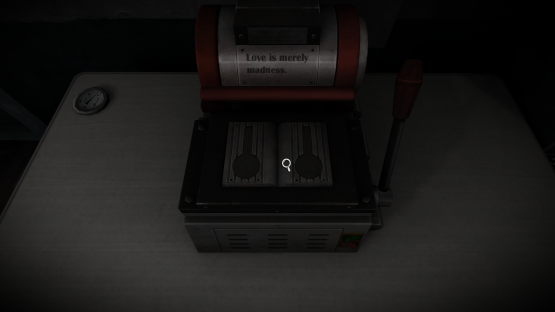 The game starts a bit abruptly as you, a high school student sneaks into school grounds at night in order to find his crush’s desk to give her a lost diary and a box of chocolates for White Day. For those who might not be familiar, White Day is a day that is exactly one month after Valentine’s Day and is widely celebrated in Asia. This offers the opportunity for boys to return the favor and give girls chocolate and gifts.

The moment you start moving the game bombards you with all sorts of guides. But it is unsurprising that it was made a lot more accessible for new players, especially as this remake was originally released on the mobile phones back in 2015. This polish is most noticeable in terms of controls, movement, and graphics, although its system for looking at things at close range may be fitting for phones, on the PlayStation 4 and PC seems out of place as your character is already looking directly at things from the first-person perspective.

At the school, you will encounter other characters, mostly girls, each with her own personality – there is a timid meganekko (glasses girl), brash rude girl and a pretty “perfect” type of girl and an additional hidden character with her childish charm. It’s not surprising at least that the game offers fair waifu material. 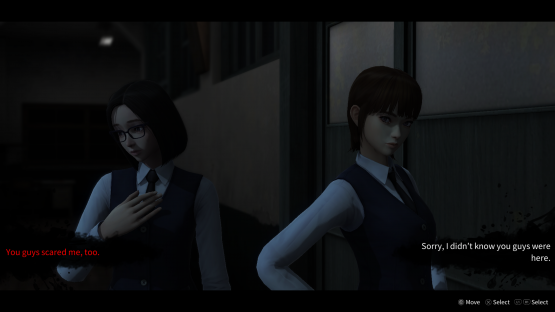 These other characters somehow also got involved with this whole creepy setting at the school, and although there will be an occasional ghost or apparition the main enemy you will be dealing with will be none other than the school janitor. His creepy smile and whistling will be with you days after you have finished White Day.

Dealing with the janitor is no easy task. His AI is really simplistic, but nevertheless good at giving you a hard time. As soon as he spots you he will be behind you in a matter of seconds. Losing him is rather difficult and especially at the beginning is a main source of frustration, as all the classrooms are closed so there is very little place to hide. As the game progresses, this is alleviated a bit, but not nearly enough. He is so awfully fast that most of the time you don’t really have a choice but to take a beating and start over.

So even though the game has been polished from its fifteen-year-old original, there still are some shortcomings in terms of controls and overall design. Some of these shortcomings are just minor annoyances. For instance, the player can’t open certain doors even though they look like every other regular door. You can use up items the moment you acquire them by accidentally pressing the same button one more time. These are bearable even though they impair the fun of exploring the school grounds. 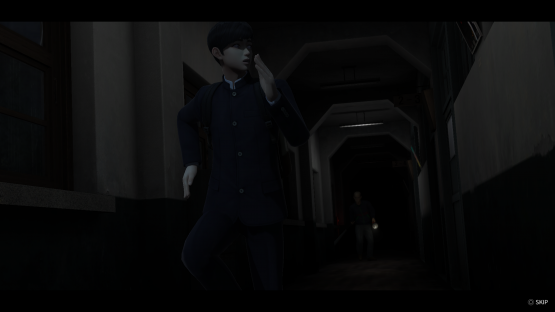 But there is another much greater concern when it comes to level design. Given that the janitor is always at your heels and is generally a huge hindrance for your progress it would make sense to give the player some alternate paths through the school. It would be much more enjoyable to be able to move through ducts (like in the very beginning of the game) or to give at least an additional hallway that connects the numerous building floors.

As it stands sometimes you’ll be stuck a fair amount of time waiting for the janitor to pass through the area in front of you, which is the only pathway available. And with its AI and sound design you are never sure whether he is going away so you might be stuck waiting for long periods of time kneeling behind a desk in a dark classroom. It’s either this or to make a pitiful run for it, even though the janitor could easily win the Olympics with the speed he is running at.

It suffices to say that if you get frustrated easily this might not be a game for you. Each subsequent encounter with the janitor can feel a bit too repetitive and encounter after encounter can be quite exhausting and frustrating. 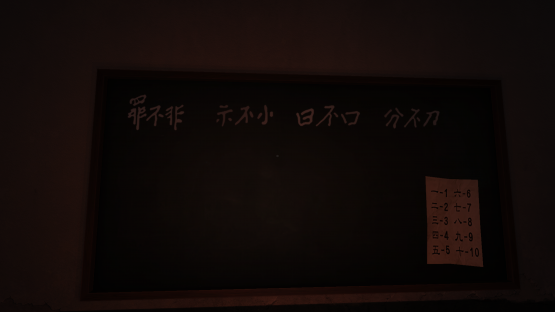 Saves in White Day work very much like what we have seen numerous times in other survival horror games, most notably Resident Evil. You collect felt tip pens and use them to save at set places, mostly bulletin boards throughout the school. Sometimes the game will also auto save for you, before an important event.

The difficulty settings work a lot more different than what we are used to. Basically, depending on which setting you choose you will have a wholly different experience as encounters and ghost notes are affected by this. A whole system like SMS messages will be unavailable on the Normal setting and above. Each playthrough also grants you randomized puzzles, so you can’t really cheat your way through the game.

The puzzles are a breath of a fresh air but can be a bit unintuitive at times as there weren’t enough hints on how to solve some of them. One puzzle was particularly bothersome as it required an understanding of the Japanese language which could be tricky for a regular westerner. 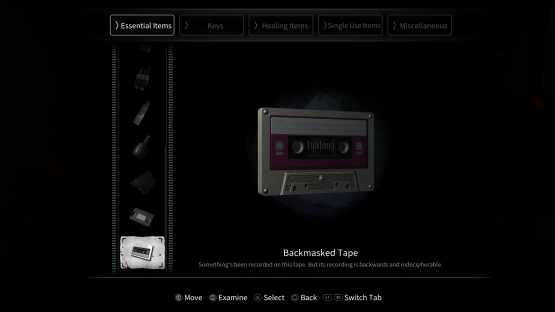 The overall atmosphere is where the game shines. The sound design is just brilliant. Most of the time there is a lot going on – the crackling of the windows, howling in the air and other masterfully disturbing sound effects. With that said the game could have benefited from a later start with all the spooky stuff including the soundtrack and this is something that was present in the original as well. It feels as there is just not enough atmosphere building before all hell breaks loose.

In the graphic department, there is a lot of improvement over the original and the game looks more polished. On the other hand, the characters can look a bit cartoonish, and this is where this remake departs from the original. In a sense, it seems that the developers were going for that “anime” cutesy look rather than the realistic approach of the original, which is fitting with the school theme. 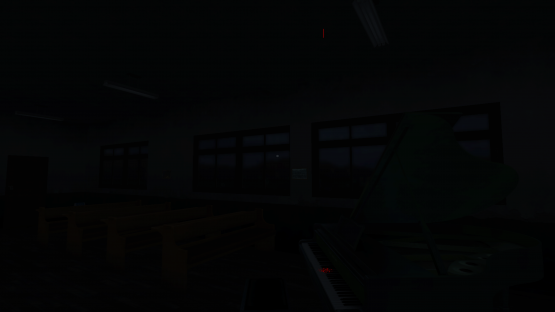 Surprisingly, the game offers a ton of content and for those folks that can overlook the game’s shortcomings, it can be great fun as it provides subsequent playthroughs with nine different endings to unlock.

White Day: A Labyrinth Named School is no way a perfect horror game, quite frankly far from it, but what it has going for it is a nostalgic charm and some really cool ideas that many developers should take a note of. For serious enthusiasts, it will be a real treat as it changes up a lot of the typical horror formula.