I’d like to take you back to 2007. I was a huge Pokemon fan. I was a huge Beyblade fan. Here’s a game that is basically a combination of the two?! The Pokemon Ranger series was a revelation for me, and it made such a great use of the DS mechanics, I find myself asking why hasn’t Nintendo made another Pokemon Ranger game? 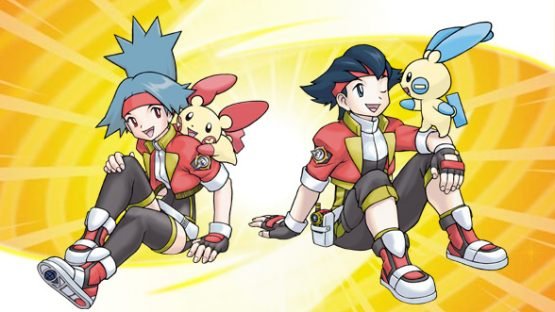 The original Pokémon Ranger game releases in April 2007 here in Europe, published by Nintendo and The Pokemon Company, and developed by HAL Laboratory and Creatures Inc. The games were initially released on the Nintendo DS family of systems, and in 2016 on Wii U virtual console. Unlike the mainline Pokemon games, your job is not to catch wild Pokemon for battle – the Fiore region has no Pokemon trainers. Instead, you play as a Pokemon Ranger (duh), who is responsible for the protection of Pokemon and nature.

The departure from the mainline series is what made these games so great. Pokéballs are not in play here. Absolutely not. Rangers make use of a Capture Styler to temporarily gain use of a wild Pokemon.

This is done by basically letting rip a Beyblade around said Pokemon, and closing circles around it as quick as possible using the DS stylus. Once the Pokemon is on your side, you can use a Poke Assist to make your Capture Styler stronger, but afterwards they will leave your party.

This was one of my favourite uses of the DS touch screen, and it really showed off the possibility of touch screen’s in video games, in a way that helps immersion through gameplay mechanics. It felt like a great game to pick up in the wait for Pokemon Diamond and Pearl, and Nintendo went a long way to market the game, with appearances in the Pokemon anime and an actually pretty good Pokemon movie based on the game.

Manaphy was also only available in Pokemon Diamond and Pearl if you owned Pokemon Ranger, which was a massive pull.

I think one of the reasons I loved Pokemon Ranger is that it feels closer to the anime than the games do – that’s not necessarily a good or bad thing, it’s just different. In the anime, you’re constantly seeing Pokemon’s abilities being used outside of battle to influence something in the world, like putting out a fire or powering a piece of technology. This very, very rarely happens in the mainline games. Pokemon are tools to battle with and that is all.

In Pokemon Ranger, the Pokemon feel more like living, breathing parts of the world. They can have a direct impact on their surroundings, and the art style lends itself to the surroundings looking more believable than ever at the time (for a Pokemon title).

The story also felt much more fleshed out in the three Pokemon Ranger titles, when you compare it to a mainline title. Again, I don’t need such a story in Pokemon Red to have a good time, but it’s a nice change of pace and again, helps the world to feel more alive. There are actual characters in these games. Characters. In a Pokemon game.

The game weirdly reminds me a lot of the Trails series, in that your part of an established group, who have a responsibility – and you’re tasked to go out on missions to help the people of Fiore.

A lot of people say these games were easy, maybe I’m just bad, but I didn’t exactly fly through them. I specifically remember struggling on a mission with multiple Grimers, and of course the final part of the main game pits you against the three legendary dogs. I think the core concept is much simpler than the main series, or maybe even Mystery Dungeon, but there are certainly challenges throughout.

What happened to Pokemon Ranger?

The first game sold exceptionally well for a spin-off title, selling 2.93 million copies worldwide. There was a drop-off in Pokemon Ranger: Shadows of Almia, which sold 2.35m copies, and even further with Pokemon Ranger: Guardian Signs which sold 1.53m copies. The series buried Pokemon Dash hard, which is what led to the sequels.

Shadows of Almia released just before Pokemon Platinum, with plenty of new Pokemon – but the marketing wasn’t quite as big as the original, which may have led to its poorer sales. The highlight was probably the ability to get Darkrai transferred into your Gen 4 mainline game.

Shadows of Almia came with some great additions, probably the most welcome being that you could lift your stylus off the screen to avoid attacks from the Pokemon you’re trying to capture, it was like a whole new world. Oh and there were also plenty of new partner Pokemon to choose from. Story-wise, you start in Ranger School, in the Almia region, and follow a similar route to the first game – but with perhaps more interesting villains.

Pokemon Ranger: Guardian Signs may have been the reason we haven’t gotten a newer game. It didn’t have anywhere near as much buzz as the first two games, and didn’t feature a lot of new Pokemon to entice players of the first two games. It does feature Ukulele Pichu however, who I now class a pseudo-legendary Pokemon as it carries you through the game, even against Mewtwo

The game does have summons which were pretty neat, using the stylus, you could draw a sign to summon strong Pokemon to help you.

What are HAL doing now?

What are Creatures inc doing now?

Since developing Guardian Signs, Creatures have stayed within the Pokemon universe, working on the Wii U or Nintendo 3DS. They help with Pokemon modelling on the mainline series, including Sword and Shield. Their last developed game was 2016’s Detective Pikachu.

Pokemon Spin-offs still have a place 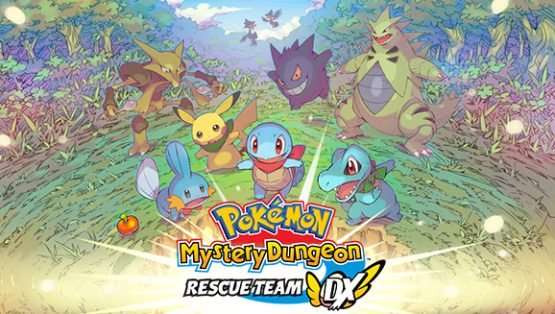 With the recent announcement of Pokemon Mystery Dungeon: Rescue Team DX, it’s safe to say that The Pokemon Company and Nintendo are still willing to dabble in the world of Pokemon spin-offs. Of course, Mystery Dungeon has always been the most popular, but if this remake does well, it may pave the way for Pokemon Ranger to receive a similar treatment. The Nintendo Switch does have a touch screen, although I’d be wary of damaging it with the eternal Beyblade circles caused by  a Pokemon Ranger Switch game.

Pokemon Ranger reminds me of a time where Pokemon was expansive, and tried new things. It reminds me of my love for the world of Pokemon. It’s an alternate take, that was a product of game developers trying out new technology for the first time.

The game housed new mechanics, new ways to interact with the world of Pokemon – and still holds a place in my heart. I’ll continue to wait patiently for Pokemon Ranger 4.

Do you want a return of Pokemon Ranger?