So we’re now officially living in the future. I’m sure most of you already know this, but Wednesday the 21st of October 2015 was the date that Marty McFly and Dr. Emmet Brown travelled to in Back to the Future Part II and so everyone’s been quite excited about that. Including Nintendo! Yes, to celebrate the passing of that date, Nintendo have added Wild Gunman to the Virtual Console.

For those of you who aren’t 100% familiar with the film, Marty McFly visits a 1980s themed restaurant in the year 2015 and in it he finds and plays a Wild Gunman arcade machine. It’s a nice little Nintendo cameo. But what you may not know is that the connection between Back to the Future and Wild Gunman is a little stronger than just that.

First, let’s look to the game Lego Dimensions: in it Marty and Doc both get caught up in a cross-dimensional adventure. Who do they meet during this adventure but the mysterious Time Lord known as The Doctor…

The Doctor, of course, is a traveller and has visited many different worlds. At one point during his long life, he visited the strange and blocky world of Minecraft. Coincidentally, he wasn’t the only one to visit that world at that time. Banjo the Bear (of Banjo-Kazooie) had been pulled from his home on Spiral Mountain by LOG (the Lord of Games) and placed in the Minecraft world in the name of having a new adventure, meaning that the Doctor was able to meet him.

Many years earlier, Banjo had been close friends with Diddy Kong. Sadly, they never really kept in touch, but in 1997 Diddy invited him to come down to Timber’s Island so that they (along with other friends) could work together to take down the evil Wizpig (in Diddy Kong Racing).

When Diddy Kong was pulled out of time and space in 2014 by the malicious entity known as Master Hand (in Super Smash Bros. for 3DS/Wii U), he was forced to fight all kinds of different opponents. One of the people that Diddy had to fight was the dog from Duck Hunt and fighting alongside him were the gunmen from Wild Gunman. 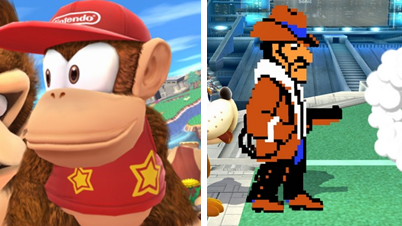 So perhaps it wasn’t an arcade machine that Marty was playing, but actually some kind trans-dimensional device which allowed him to interact directly with other universes. Either way, I look forward to getting to play it on the Virtual Console! 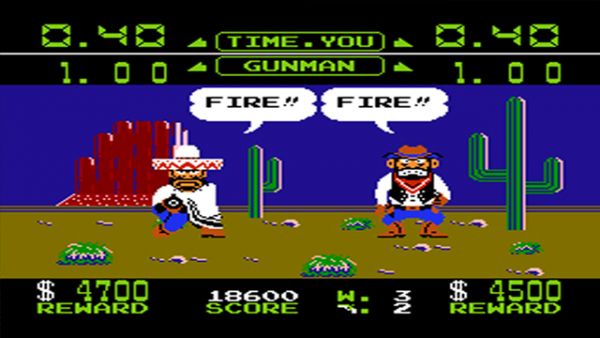