The frantic Super Nintendo Entertainment System action shooter is back. We all thought that this game happily rode off into the sunset long ago, but thanks to Natsume the gunslinging heroes are making a return on the PlayStation 4 in Wild Guns Reloaded.

Wild Guns was released on the SNES in mid 90’s and gained quite a following and for good reason. This game blends the impossible. It is a shooting gallery game with a steampunk western setting where our protagonists fight off high-tech enemy robots. Players take control of either Clint or Annie and gun down endless streams of villains. The game was re-released on the Wii Virtual Console, allowing newer generations to experience this classic.

For now not much is known about this title, with concrete information coming at the upcoming E3 trade show. We are just happy that Clint and Annie will making a return in the sequel.

Enjoy the screenshots from the original. 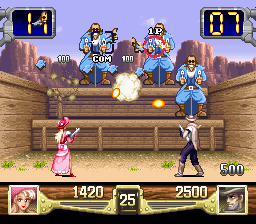 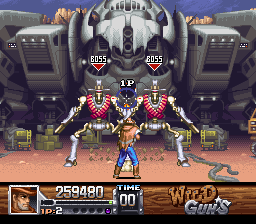