Fire Emblem is a series which mostly keeps to itself. You don’t see Marth playing basketball with real life sportsmen or Sigurd racing in Mario Kart titles. Sure, several of the characters have appeared in the Super Smash Bros. series since Melee and Codename S.T.E.A.M. features Amiibo support which makes several Fire Emblem characters playable (I can’t wait) but these have been the only big crossovers for the series.

There have, however, been a few little connections between games which are quite entertaining. Here are some favourites:

Donkey Konga 3: All You Can Eat! Spring 50 Music Works Mix

Some people may not even know this, but there is actually a third title in the Gamecube’s Donkey Konga series. One of the songs is an excellent remix of the main Fire Emblem theme. I guess Donkey Kong felt the need to pay musical tribute to the heroes of legend.

The Paper Mario series and the Fire Emblem series are both made by Intelligent Systems (which says a lot about how good they are with making games) and there has actually been a small connection between the two series. In Paper Mario: The Thousand Year-Door when you first visit the small village of Petalburg, there is a young Toad who will tell you how much he has been into Game Boy Advance games lately, especially one called ‘Fire Emblem’… 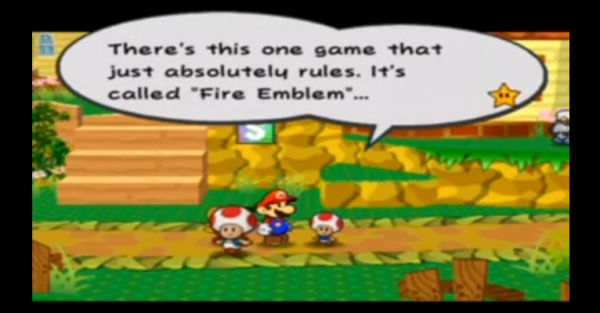 This game isn’t just something with a Fire Emblem connection. This game is a Fire Emblem game, it just has a different title. Shouzou Kaga, the creator of Fire Emblem, eventually left Nintendo and started working on a game for the PlayStation. Tear Ring Saga was the game he made, and its gameplay was exactly the same as in a Fire Emblem game and the storyline was very Fire Emblem-esque too. Nintendo even sucessfully sued over it! If that’s not enough, the game even has ‘Secret Shops’ and the person who runs them looks very similar to Anna… 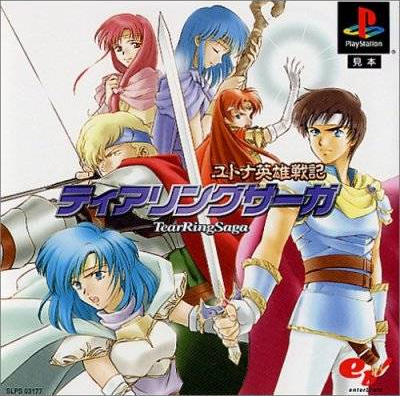 Kirby’s Fun Pak is made up of several distinct Kirby games, my favourite of which is The Great Cave Offensive.  In this game, you explore a big world and have to collect as many treasures as you can. The cool thing about these treasures is the fact that nearly all of them are items from other Nintendo series. One of the items may look a little familiar; it’s called simply ‘Sword’ in this country, but in Japan it was known as Falchion, the legendary sword used by Marth (and, much later, Chrom). 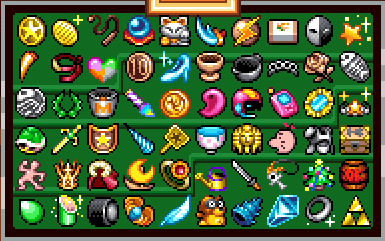 These are the main ones that I’m personally familiar with, though I’m sure there are other, more obscure, options. Which crossovers are your favourite?