29 Things From E3 2017 Japanese Games Fans Should Know About

E3 can be a tricky time of year if you love video games, but also aren’t a big fan of brown shooters. Luckily we’re here to cut through the noise, and show you the key things fellow fans of Japanese games should be paying attention to (whether they’re Japanese developed or not). The list will be growing as E3 goes on!

Some thought that the long-awaited Kingdom Hearts 3 might skip this year’s E3, or phone it in with some recycled footage. A new trailer was quite a pleasant surprise indeed!

It turns out the leaked screenshot of a Dragon Ball Z fighting game from Arc System Works was correct! Dragon Ball FighterZ has been officially announced, and it looks stunning (as you’d expect from the Guilty Gear developers, to be honest). It’s a 2D fighter with 3v3 matches, and it looks amazing. Amazing.

3. Black Desert Online is Coming to Xbox One

There was a lot of hype for Black Desert when it launched, the MMO from Korean developers Pearl Abyss. In fact, it’s currently £6.99 on Steam at the moment, and it’s not even on sale. But, if you want to pay a bit more, and be guaranteed the ability to play it in stunning 4k, you can get it on Xbox One soon, where it will support Xbox One X’s enhancements. The game is well known for its excellent character customisation, beautiful graphics, and intense truly real-time combat.

4. Ooblets Featured in the [email protected] Montage (and is on the Show Floor)

It’s only a tiny look, so take a look at their longer trailer too!

By developers Glumblerland, Ooblets might not be a Japanese developed one, but it sure gives off those quirky vibes we associate with a lot of top tier Japanese games. “Inspired by Pokémon, Harvest Moon, and Animal Crossing“, Ooblets looks like a charming blend of the three. It is also coming to Steam. 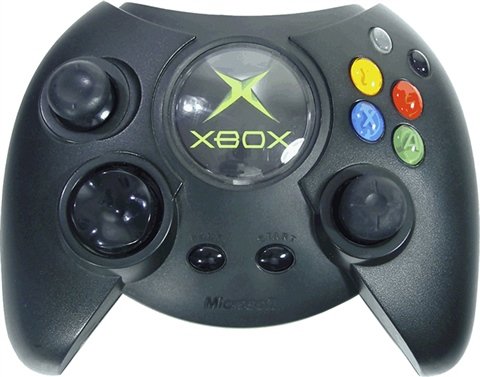 One of the strongest features of the Xbox One has been a strong dedication to backwards compatible Xbox 360 games. Now, Microsoft have announced Original Xbox games are being supported, too. While only Crimson Skies has been announced so far, there are plenty of great Japanese games on the system that you might be able to look forward to in the near future. Specifically, Jet Set Radio Future, of course. 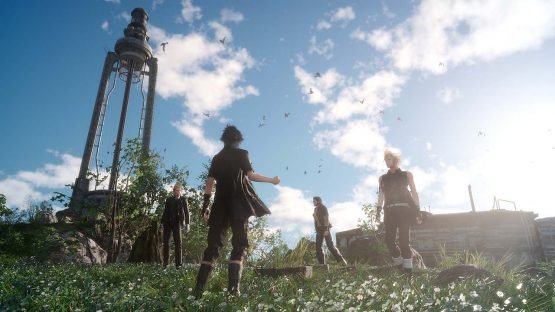 Not a 4k screenshot.

The Xbox One X has been dubbed “the most powerful console ever”, and it’s bringing its enhancements not only to upcoming games, but ones that have already been released too (similar to PlayStation 4 Pro). It seems like there will be more to come, but for now notable standouts include the already great looking pair, Final Fantasy XV and Resident Evil 7. 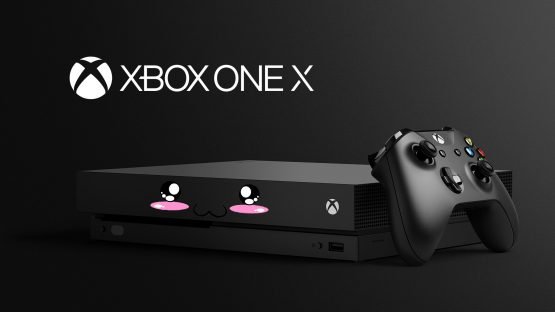 That’s expensive! The console won’t have any exclusive games, but, as mentioned before, is “the most powerful console ever”. For those who want to play Japanese games on the Xbox One with the best specs, then this is the option for you. Meanwhile, the Xbox One S is $249. Is it worth it? For the hardware in the machine, yes, it’s probably worth it. Is that hardware being put to use in a way that is worth that price mark-up on the cheaper option? That’s on you to decide. Also, it’s the smallest Xbox ever made. So chibi. So Kawaii.

Yup, what would usually be an unofficial mod is now something you can do in the game for money (or if you have a Zelda Amiibo lying around anyway). Scanning the Amiibo of Breath of the Wild Link (and possibly others) unlock equipment you can use to look like Link, Master Sword in hand. There may be more Amiibo crossovers in future. It’s pretty cool, even though it’s type of mod that floods the PC version already.

9. The Evil Within 2 Announced

There’d been rumours that this would show up for a while, but it’s still lovely to see a sequel to the often overlooked first game (its DLC was pretty excellent, too). If you missed the first one, The Evil Within is Resident Evil creator, Shinji Mikami’s, new thing with Bethesda. It’s a pretty weird trailer, but a cool one. The Evil Within 2 has even been given a release date: the spooky day itself, Friday the 13th, October 2017.

This crossover fighter from Nicalis looks like a lot of fun, and very visually impressive. It’ll include characters from Cave Story, Code of Princess, and Umihara Kawase, just for starters! You can find out more of the details in our article about the announcement!

11. A Big Chunk of Gameplay from Dissidia Final Fantasy NT

The PS4 version of Dissidia Final Fantasy NT is playable at E3! This means we’ll all get a good look at some chunky fights from the game, starting with IGN’s above. More info on this one here.

We’ll be updating this list with more of what we actually care about from E3 as fans of Japanese games as and when it happens!

12. Bloodstained Gets a New Trailer

Showcasing the lead up to the Bloodless boss fight, this trailer shows a nice chunk of the game in action. It’s not exactly looking perfect, but it packs in a lot of what we loved from some of our favourite Castlevania games. With a little bit more time in the workshop, this could be something special.

13. Ni No Kuni II Will Be Releasing 10th November 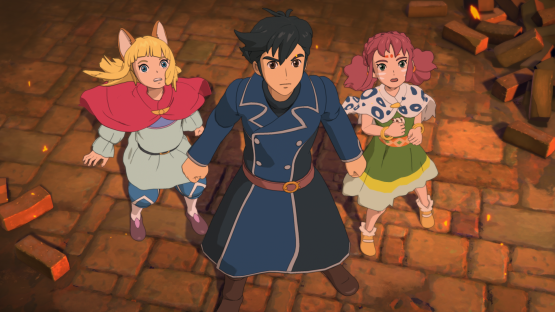 We thought it’d be this year, but a release date announcement of 10th November is honestly a little bit earlier than we were expecting. Colour us pleasantly surprised.

14. Monster Hunter World is Real, Coming to PS4, Xbox One, and PC

It’s been a Nintendo exclusive for a while — and Monster Hunter XX still seems to be — but now Monster Hunter World is releasing on exclusively non-Nintendo platforms. The world of Monster Hunter looks truly gorgeous and high-resolution here, though it’s still unclear quite what the scope will be. It looks to be one huge area, with multiple big monsters at the same time. Mechanically it still seems to be Monster Hunter. Perhaps online play will be an even bigger focus than it usually is here. We’ll have to wait and see. It’s due out Early 2018.

15. Shadow of the Colossus Remake

It’s being handled by Bluepoint, who have handled some great remasters in their time — God of War Collection, The ICO & Shadow of the Colossus Collection, Metal Gear Solid HD Collection, and Uncharted: The Nathan Drake Collection, to name a few. It’s coming in 2018!

17. Marvel vs Capcom Infinite Has a Story Demo & New Trailer

Why bother hearing what other people think when you can decide yourself? The story demo for Marvel vs Capcom Infinite is on the PlayStation Network store already, so download it and get ready!

18. Mario + Rabbids Kingdom Battle is Real and Plays Like XCOM 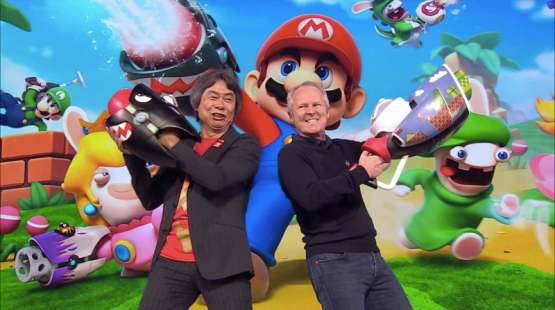 It still seems as weird as the leak sounded, but the trailer was encouraging. The mechanics look fun, and it looks pretty polished so far. You can read more about our thoughts here!

19. Xenoblade Chronicles 2 Got a Huge Trailer, is Looking Very Anime (& 40 Minutes of Gameplay)

This isn’t an “X” anymore, but a fully fledged Xenoblade Chronicles 2. Not that it doesn’t obviously have its differences. But, very nicely, they also took a 40 minute look at gameplay during the Treehouse, so you can see exactly how it will play for yourself! They’re still saying it will be out this year — Holiday 2017 to be exact.

20. A Kirby Switch Game Was Announced

Only titled “Kirby” for now, it looks like this will be a traditional Kirby platformer with 4 player co-op. For a long time Kirby was one of the best co-op platformers out there, so it seems to be a perfect fit for the ease-of-multiplayer feeling that comes with Nintendo Switch! This one is slated for 2018, which is probably why they’ve not committed to a title yet. Thankfully it’s not a gritty reboot.

21. A Pokémon Game is Being Developed for Switch, Presumably not Stars

Everyone was feeling pretty down that Pokémon Stars, a speculated “third version” of Sun & Moon for Switch, wasn’t announced at the recent Pokémon Direct. But during Nintendo’s Switch Direct we were assured that one is being developed for Switch, but we won’t see it for a while.

22. Metroid Prime 4 Teased With Only a Logo, Apparently Not Developed by Retro

While a logo tease might be bare minimum, nobody thought we’d see a proper Metroid game again. Now we know one is actually coming, and that it will be a fully-fledged follow on from the beloved Metroid Prime series specifically. Bill Trinen told IGN it’s being developed by a “talented new development team”. What is Retro working on then? It’s not been revealed yet, it seems.

Following on from the cute, yarn Yoshi games is the new one for Switch that seems to be all about cardboard cut-outs. The new thing this time around? You can “switch” perspective, turning the world around 180 degrees.

24. Fire Emblem Warriors Gets a New Trailer (& 30 Minutes of Gameplay)

A new trailer is nice and all, but taking a look at gameplay is really what we need for a Warriors game. Thankfully Nintendo heard our desires loud and clear. Judging from the gameplay shown off in the Nintendo Treehouse, Omega Force are doing a superb job as usual.

25. The Legend of Zelda: Breath of the Wild — The Champion’s Ballad DLC Pack 2 Announced + Champion Amiibo

It’s at the very end of the video, but it’s announced. It doesn’t tell us much, but the story DLC coming Holiday 2017 will probably be something to do with the Champions. The Amiibo figures look great, though. Revali deserves a place on my shelf. 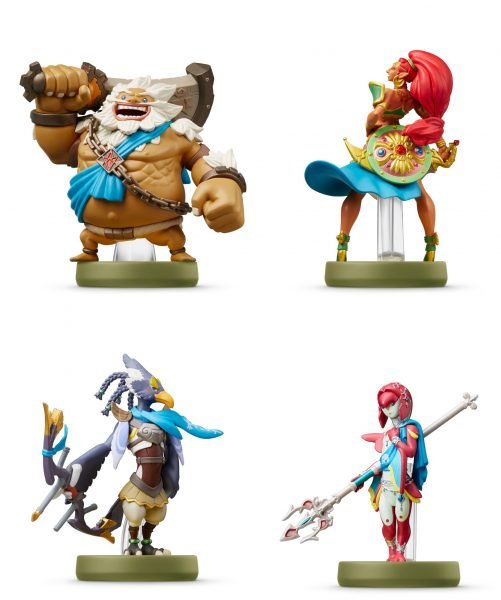 26. Super Mario Odyssey Gets a Big Trailer (& an Hour of Gamplay)

The initial Super Mario Odyssey trailer was interesting, though quite sparse. Now we get a much chunkier trailer that shows off a lot of the game, including the newly revealed possession mechanic (you can even possess humans which is super creepy). The Nintendo Treehouse also included two half hour demonstrations of different game areas. That’s a lot of time to take a look at the game itself, and it’s looking really, really great.

Not only has Metroid Prime 4 been announced, but a 2D Metroid for 3DS as well! Metroid: Samus Returns. It’s not brand new, but it’s a pretty big remake of Metroid 2: Return of Samus, the Game Boy one. It’s being handled by MercurySteam, who also made Castlevania: Lords of Shadow. Take a look at gameplay!

This remake of the GBA classic Mario RPG is heading to 3DS. Not only does it revive the old game, but it adds a new story called “Bowser’s Minions“, a strategy game where you play as, well, Bowser’s minions. This will apparently be quite lengthy on  its own.

Hilariously, both games are already out in Japan. So we already know they’re fantastic. You can even read our review of Yakuza 6 already. But, if you wanted to take a look at these new English trailers (and admit it, you do) here they are.