Have you ever noticed that a lot of Japanese games seem to have fishing mini-games? From full on JRPGs like Final Fantasy XV or Dark Cloud, and even more action orientated titles such as Yakuza or Deadly Premonition. For Yoko Taro, the reason why for the former is clear: “JRPG needs fishing”.

Somebody asked Yoko Taro this morning why he always likes to put fishing into his games, and his answer is perfect in its simplicity “JRPG needs fishing”. Clearly he can’t be the only one to feel that way, as many, many other JRPGs and Japanese games in general feature fishing mini-games — most of them are pretty different too. Final Fantasy XV is even getting a whole VR feature that revolves around fishing, Monster of the Deep. 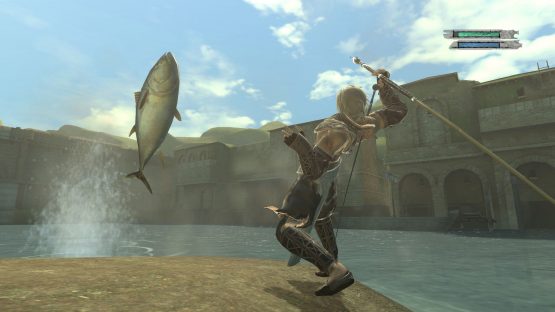 Of course, his simple answer doesn’t reveal the deeper reasons as to why. But his strong response does suggest it’s a matter of some importance to him. Perhaps it’s something to do with what fishing represents in a world — it gives a certain tone and atmosphere, and allows you to stop and relax, to do something besides relentlessly pursuing an objective.

Fishing is just one of many diversions that often find their way into open world games, western or Japanese. Perhaps it’s just because a lot of Japanese games explore this concept of openness in a way that’s about inhabiting a world in addition to just blowing it up. Games that features side activities like this, whether they’re fishing or something else, do so for a purpose. It’s all about giving off certain vibes, and it’s something that Yoko Taro is all about. 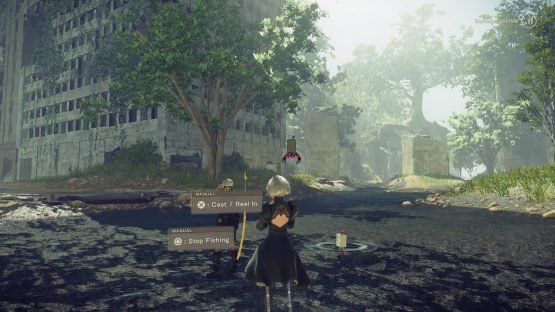 It also might be that fishing in particular gets such a spotlight in Japanese games because Japan has a very big fishing culture. The fishing industry is still pretty big in Japan, and fish itself is a staple of the average diet. 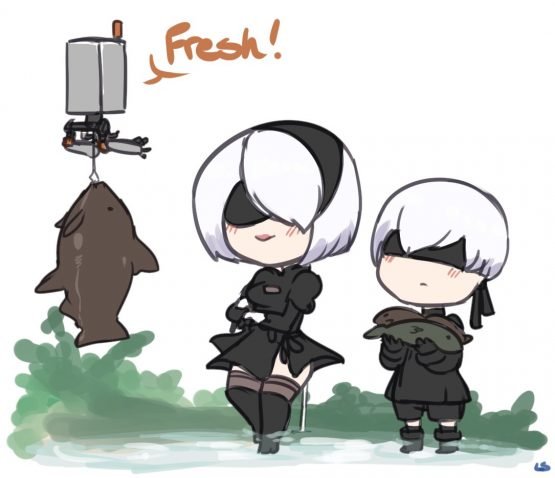 Whatever the reason, it’s true that fishing is in a lot of Japanese games. It’s almost hard to think of Japanese games that don’t feature it in some form or another, especially when it comes to JRPGs. It does add a certain flavour that we wouldn’t want to lose!

We look forward to playing many more fishing mini-games in the future. (ﾉ^∇^)ﾉﾟ