Yomawari: Midnight Shadows is the direct sequel to Yomawari: Night Alone, but can be enjoyed on its own as it introduces new characters and a totally new storyline. We are again treated with very detailed graphics which blend cute and creepy style quite nicely.

The new story focuses on Yui and Haru, two young girls who find themselves in danger after going up the mountain to watch the festival fireworks. Yui is anxious as she lost her beloved dog and Haru will soon leave town to transfer to a new school. It’s hard to delve into the story further without spoiling too much, but new players should be cautious of the sensitive themes including suicide. Needless to say, Yui and Haru get separated and Haru is left to try and find Yui and solve the mystery surrounding her disappearance. 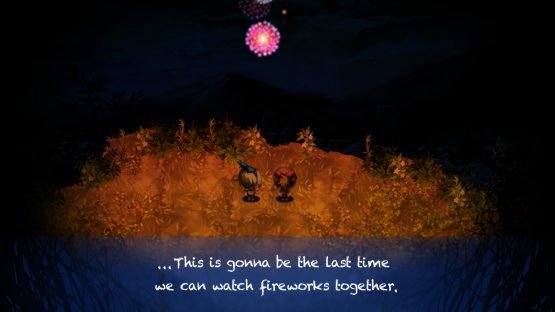 Yomawari: Midnight Shadows is in most ways very similar to the previous game, and those who enjoyed Yomawari: Night Alone will feel right at home. On the other hand, there are some new mechanics to freshen up the formula a bit. What is different this time is that now you will be navigating the world with both Haru and Yui, though most of the time you will be controlling Haru as Yui parts serve just as a hook for the story to progress further. There is certainly more buildup to the story than in the previous game and it is told in a much more organic way, by showing the action.

You can tiptoe by holding L1, which helps when you try to sneak past enemies. And when we’re onto that there are a number of new enemies as well as some old ones. But like in the previous game, it is easy to get spotted and to die in an instant, so you should be careful. 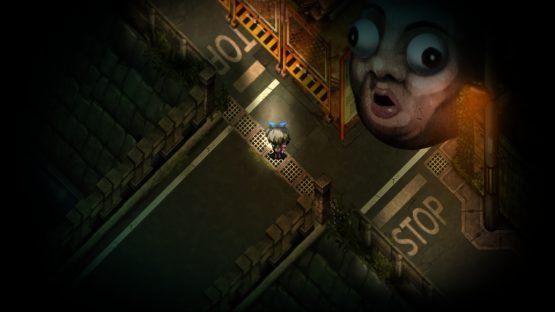 There is an annoying rumble feature you can’t turn off. Namely, when you are passing by the enemies, which happens pretty much all the time, the controller starts shaking violently and continues to do so for a few moments even after escaping from them. This can be quite distracting and is really unnecessary.

The boss fights make an interesting use of the environments, but for the most part feature the same enemy which can get old at times. The repetitiveness is also reflected in the fact that you have to sit through cutscenes after you die, and you will definitely die multiple times until you’ve figured out the enemy’s patterns. 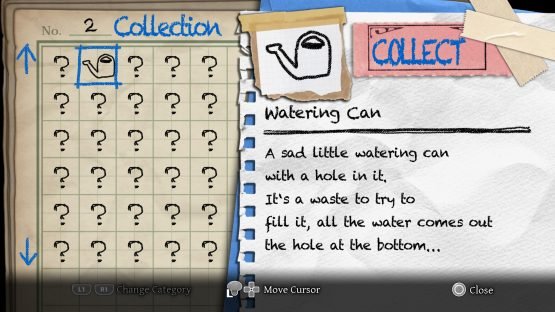 You control a flashlight by using the right stick but can also turn it off via the touchpad. On the other hand, the flashlight is needed if you want to know where the monsters are. There is still that aspect of getting killed by annoying one hit kill monsters, but happens a lot less in this game.

Sometimes it is hard to see where you need to go, so you should explore most everything, though the game discourages exploration a fair bit with a constant onslaught of enemies and its ridiculous rumbling of the controller. But on the other hand, rewards you with all kinds of trinkets you can collect along the way.

There is a new interactive object icon which looks like a question mark and transforms into a star when you are close enough to the object, which is a bit strange mechanic and I’m not really sure there was really any need to include it here. I guess it is because of some very small items which could be very hard to find on an isometric map, but it still looks a bit clunky. 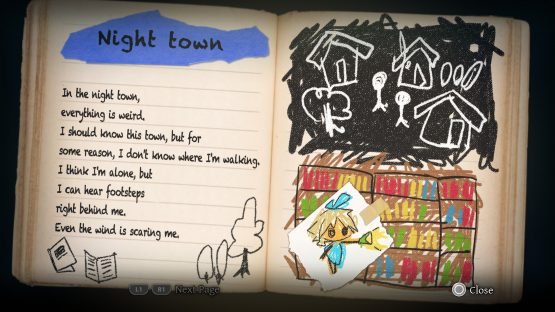 You can pick up items by holding the x button and of course, coins and rocks are back in full swing. The same inventory menu is back along with the map. Interestingly enough, before you start, it instructs you to play in the dark, but I found the inventory to be far too bright for my liking.

Haru can pick up a charm at her home, that gives you extra pebbles, run for longer or gain more coins and more. You can read her diary, which is filled with child drawings which look rather disturbing. There is so much backstory even in the inventory items’ descriptions and like in the previous game there is so much to find out and see.

Haru can hide in the bushes and blue boxes scattered throughout the levels. Like in the previous game, it is a bit redundant as there are just few and far between instances where you really need to use those. I feel as if this feature could have been enhanced a bit because you don’t see enough of the enemy’s placement and some enemies will still sit outside your hiding place. 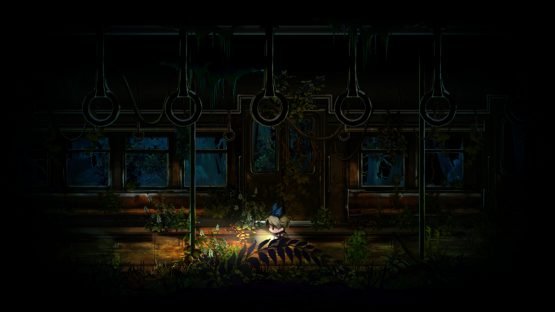 There are Jizo statue-like shrines that you can offer a coin and save your progress, which also function as a teleport between the game’s numerous locations. Though I found that these shrines were seldom used for fast travel.

Once again, we are treated to Yomawari’s adorable aesthetics subtly blended with its dark themes and like in Yomawari: Night Alone it really goes well with the game’s theme and overall feel. There is a notable absence of music throughout the whole experience and this was done on purpose so that environmental sounds lead the player, which is brilliant and really intensifies the already great atmosphere.

With just a few minor annoyances aside, Yomawari: Midnight Shadows is another solid horror title from Nippon Ichi. It will be interesting to see where the series is headed, as there is so much space for it to grow and develop.