Aksys have released an 8-minute video taking a look at some of the Zero Escape: The Nonary Games new features for Nine Hours, Nine Persons, Nine Doors. Chiefly, this is in the form of ‘Adventure’ and ‘Novel’ modes that alter how text is displayed and how much narration there is. You can watch the video below:

As well as being in HD and containing full voiceover, 999 will have two modes for the story sections. Adventure mode cuts out the narration and gives you only dialogue, presented in the usual format of text boxes and sprites. Novel mode includes the game’s third-person narration and the dialogue in script format, coming up over the visuals. You can change between the two modes as you see fit, although Novel mode is sometimes compulsory. 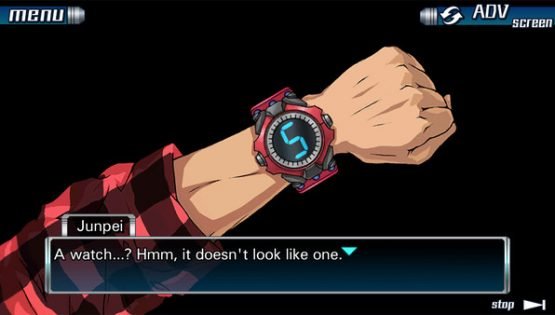 The original version, being for DS, separated out these elements onto the two screens. While that’s not possible here, this seems like a really strange and somewhat frustrating way of getting around it. The iOS version simply had the narration appear over the images and dialogue appear in speech bubbles, and I don’t see why the narration couldn’t have just been added into a text box like in many other visual novels for The Nonary Games.

It’s a relief to know players will sometimes be forced into Novel mode, as the narration for 999 is actually pretty important, so it’s sort of a shame that the narration is being put in a mode which looks worse. Accommodating Adventure mode also means changes have been made to the script, which, from what we can see in the video, seem a little clunky.

Still, it’s great to see 999 get an update and become more accessible! I’ll definitely be interested in playing through the game again now that it has voices! 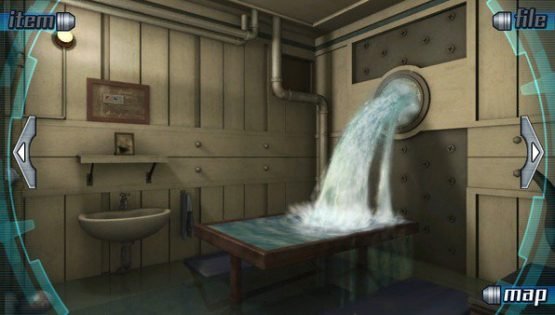 Zero Escape: The Nonary Games releases worldwide on Steam , for PS4 and PS Vita in North America, and for PS4 in Europe on March 24th, with a PS Vita version in Europe due sometime in Q4 2017.